American metal groove powerhouse DevilDriver have recently announced that they are now in studio recording their sixth album, having recently signed onto Napalm Records after the end of an eight year relationship between DevilDriver and Roadrunner Records.

The yet untitled album is being recorded at the Audio Hammer Studios in Florida. 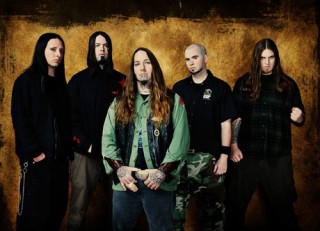 The notorious metal band has also said that a “worldwide tour” will be announced in August 2013.

Fafara continued: “This new record sounds a lot like the first three records, it’s got an intense groove to it and I’m really happy – the writing is going extremely well.”

DevilDriver will also be making an appearance at Bloodstock Open Air Festival 2013 on 11 August. Headline acts include Lamb of God and Slayer.