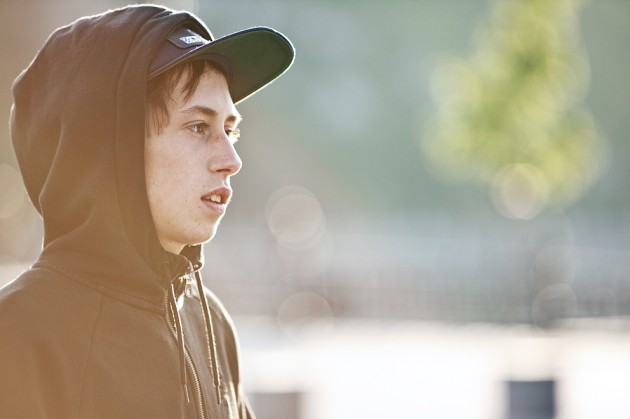 Let’s start with the obvious. How long have you been skating and where did it all begin?

I’ve been skating for 9 years now and I started in Mechelen on a small mini ramp at the local swimming pool.

I have seen you at lots of skate events around Belgium, do you travel by yourself or move with a crew of friends?

Hmmmm. Usually with some friends who where down to go. Most of the time though it’s different people because not too many of my friends are into contest skating.

Who did you start skating with? Do you still skate with the same crew?

I started skating with people from my little hometown next to Mechelen, but after a while we kind of grew apart and I went skating with older guys from Mechelen. It was fun because they had a car already so I didn’t have to pay for shitty train journeys anymore, just the food. The first crew we had was pretty dope we had a realyl good time and made some videos too. It was me, Kristof (a.k.a. Den Dikke), Stefan (a.k.a. Ellington), Jente (a.k.a. Voorspoels) (laughs) and Robin Marien. We had the name ‘Lala Crew’. (laughs) Now two of them are skating again but they don’t have too much time with work and school which sucks because they skate super-good.

Ellington? I guess he’s a fan of Erik’s skating.

Watch Jarne knock out 10 tricks for Muckefuck in the local concrete hole.

Who are your influences?

That’s hard to say but my first influence was probably the Flip ‘Sorry’ video. I watched it everyday but it didn’t really made sense too me because I didn’t know any tricks, it just motivated me too skate. These days I like to watch Wes Kremer, a lot of Skate Mafia stuff and as for others, I don’t know, any skaters who have fun!

Did you look up to any Belgian skaters? I know Hans Claessens us a a rad skater and skates everything. You seem to skate everything too. Is there a connection?

Oh yeah! We watched the Homemade videos (Local skate videos highlighting the Belgian scene filmed by resident pro Geoffrey Van Hove – Ed.) a lot too but we didn’t really look at the names so we didn’t know who was who. Only when we recognized somebody from Mechelen (laughs).

There are not many casual skateparks in Belgium, or not around where I live, so you can’t really skate the same stuff every day. You have to skate everything to skate a lot here, otherwise your always stay in the same place. Also, I like to skate shitty spots and that’s what we have here for sure. (laughs)

Haha! Yes, Belgium is no Barcelona that’s for sure.

What I wanted to say is that I get to skate more now with Hans and its really sick to see him back on his board like before. I have a lot of respect for him. It’s really motivating too.

I know you skate a lot of transition, does that help with street skating?

I don’t know. Maybe it helps you go faster or something, but it sure doesn’t help your pop. (laughs)

True true. Tell me how you got sponsored. Was it through skating contests or did you send sponsor-me tapes out? How did you get on Element?

A friend of mine started a clothing company and sponsored me for a while. The skate shop from Mechelen (Core – Ed.) helped me out a lot at the same time by talking to the Belgian distributor Transind. I also think Phil Zwijsen had filmed some internet clips and was so happy about it and showed it to them. (laughs) I filmed a lot with him that winter and he presented it to the team manager I think.

Phil rides for Element too and lives in Barcelona. Are you staying with him right now? Do you get to travel together a lot?

I saw him last week when I was in Barcelona, but just for a couple of days because he went to a contest in Austria. We usually skate together on Element trips but for the rest he’s always on tour or in Barca. When he’s in Belgium we skate together a lot. 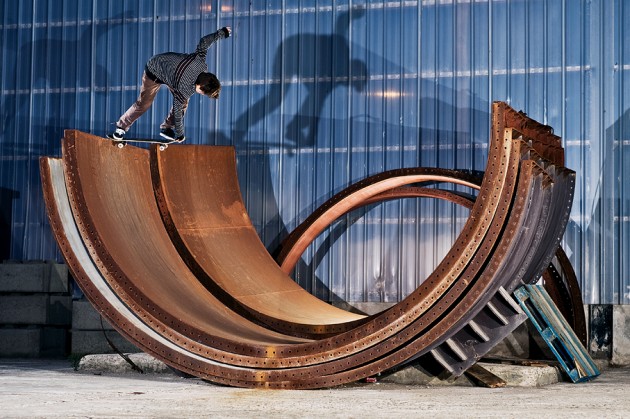 What’s Muckefuck? I saw you had a pro wheel with them.

Muckefuck is an Austrian brand that makes boards and wheels. I skate for the wheel part and everyone from the team got a pro model. It’s really sick. I saw some kids at the skatepark that bought my wheels and they are really good. I’m really happy about it.

Where have you traveled with skateboarding? What was your favourite town/country to visit?

Hmmm…I don’t know really. I went to the same countries a lot and it was always a little different. I went to Scotland a couple of years ago and I really liked it there. Man, it was pretty rough but there was a lot of nature too and a sick contest. Istanbul and Budapest are really sick too. I also like Spain a lot. There’s always good weather, good food, good spots.

Istanbul? I didn’t know that. Did you go to Livi in Scotland? It’s one of the oldest concrete skateparks in the country.

Yeah, Istanbul is a really hectic place but such good spots and weird food. I went to Livingston but it was raining, we just drove past it and checked it a little but it was just fun being there (laughs). It just sucked we couldn’t skate it!

It rains a lot in Scotland. You should try and get there this summer!

Yeah indeed! It rained there almost all the time we were there I think (laughs). It would be sick too go back. 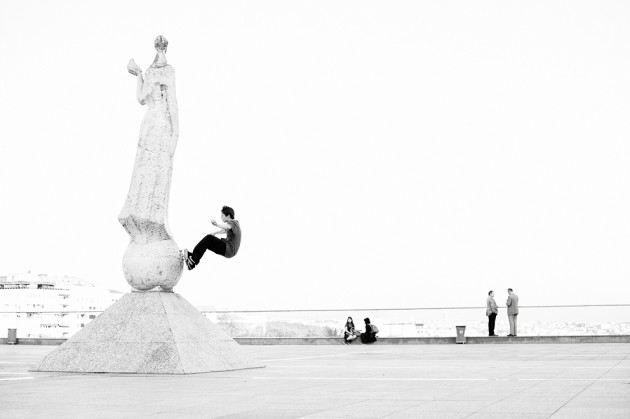 You went on the Kingpin Drive trip, what was that like? Any good stories?

Yeah, that was a crazy trip man super sick! We went swimming in a super nice lake somewhere in Austria close to the cradle skatepark. where Rodrigo did the crazy Hugo Liard drop in. That was crazy because you had to aim between some rocks otherwise you were probably dead. Manuel Margreiter was doing front flips into it (laughs) but he’s a local you know, he’s been there before (laughs).

With all the traveling, how do you manage school? Do you still go to school? What do your parents think of your skating “career”?

Yeah, I still go to school. I almost quit just before because I was going on a lot of trips and it didn’t look like I was going to make it, but I got some free time so I can catch up while the others have lessons. I don’t know what you call it in English but its like lessons for starting your own business. It sucks that I’ll miss some lessons but it’s good to have the diploma at least. My parents are cool with it, my mother even said I could stop school and just skate, so that got me a bit confused so I carried on going anyway (laughs). Having a diploma is good though, and if I quit now I would have done all this slaving for nothing (laughs)…

Ha! Good luck with the diploma. School helps in the long term but skating and traveling can teach you life lessons. Your English is pretty good. Is this because of school or did skateboarding and traveling help? Was it difficult in the beginning?

What are your plans for the future?

I don’t know, just skate, try make a bit of a living from it, move to Barcelona, work a bit and go on trips. I’ll see what happens. I just have to get a diploma first and then I’m free to go!

I would like to thank all my sponsors and everybody who helps me out right now, muchas gracias!