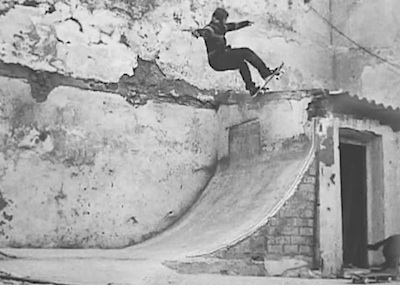 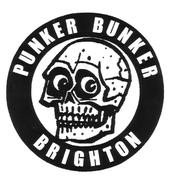 Brighton’s one-stop-shop for all things punk, DIY and generally rad, The Punker Bunker, has expanded its range even further and now stocks skateboards.

Amongst the usual supply of zines, punk vinyls, clothes, gig tickets and badges you will now find boards from Death, Consolidated and Heroin.

Consolidated aren’t your average skateboard company by any stretch of the imagination. The guys on the team are the kind of guys that wouldn’t hesitate to get the logo tattooed on their face. These are the kind of guys who would step up to body-ink levels of loyalty without needing to be filled with a night’s worth of booze. But then, these are also the kind of guys who are perpetually tanked on years and years worth of the good stuff. It’s clear in the humour that leaks from the incredible artwork on the decks, this is a company that treat their customers like they treat their own team: as skateboarders.

It’s not hard to see why those that are supported by Consolidated regularly compare being on the team to being in a family. They’re given the freedom to do what they want and is this not how incredible things are made? What went down in their tour of Europe in May is just another point in the argument for skateboarders to be free, get pissed and let rip. We caught up with Roberto Aleman, Ryan ‘Danger’ Carruthers and Sean Gutierrez in the kitchen in the hotel in Prague, armed with nothing but some cold ones and a pocket full of good times.

What was your favourite demo on your tour of Europe?

Sean: The best demo is not important to us as it’s for the kids. I had a lot of fun at Saffron Walden even though I was hungover as shit. Beers… Zorlac had the bbq going… good times.

Roberto: I think the best demo was the last one in England, more chilling, best skatepark.

What’s the best and worst country for booze and grub?

Danger: Holland has some weird burgers going on there when we bbq’ed there. Best place for food I would say was Cologne. Some of the best pizza I ever had and bbq with chicks in the park was hesh.

Roberto: England offers the worst food, but the beer is always good!

Most creative way of opening a bottle without a bottle opener…

Roberto: Always with a skateboard.

Sean: Your mums teeth is the best way to open a bottle!

How many broken decks were there throughout the trip?

Roberto: Not even one, I don’t break boards too often.

Sean: No broken decks because we suck, I’m still riding the hesh skateboard that Zorlac gave me, my shoes are fucked. Danger’s board is made for Vikings!

What’s the funniest story from the tour?

Sean: After a whole night of partying, Danger sleepless on a 2 hour or more train ride to Amsterdam, the train is over booked with no seats left in our carriage so we had to stand and Danger, while sleeping standing up, nudged the doorhandle to the shitter and fell into the bathroom and made the gnarliest crash, funny shit there!

Roberto: There were too many! But I remember Sean sleeping in a king size bed which is pretty weird cause he always sleeps on the floor, so here is Sean waking up in this huge bed by himself and warming up chicken nuggets with his lighter to eat them warm!

Danger: Saffron was build by Dreamland so I’m gonna have to say that was the best park, but street, I guess Holland. We skated a pretty famous spot- it’s a tunnel with trannies that go from mellow to steeper to over vert tranny for days!

Roberto: Even is it sounds weird, for me, the best skatepark was Brixton cause I’ve never been there, and the best spots we skated were in England- weird isn’t it?!

Besides the train’s toilets, where was the strangest place you slept on the tour?

Sean: I slept standing, in the grass. I woke up on a couch covered in a mountain of jackets sweating like shit with everyone still partying around me!

Roberto: This one was pretty mellow for a Consolidated tour, but we have these really cool distributors that put us in a hotels all the time!

Music you could not leave the house for this trip without: 3 albums, artists or tracks

Sean and Danger: David Allen Coe longhaired redneck/rides again. Mercyful fate Melissa or early demo and Grindline the band if you don’t know it your fucked.

What are your thoughts on the Dreamland park in Saffron Walden?

Danger: We all wished we could have partied with our crazy buddies who build the park we know from back home.

Sean: Totally didn’t have to ask for much because he had taken care of everything. If We needed beer it was in the deathmobile, if we needed a pub, we weren’t let down. We went to Harrow which was rad for us to go to and check out after seeing in videos and shit. He was spent and tired and still partied and showed us some London. The street adventures were great too… Brixton and the streets… thanks London locals!

Roberto: Zorlac is like Consolidated for me: true, roots and love. They are the best!

Describe what Consolidated means to you in one sentence or paragraph…

Roberto: Consolidated is my fucking life!!

Sean: The struggle continues, we wouldn’t want it any other way, Birdo and Leticia can get all the money in the world from this tomorrow and they’ll never be jaded.

On that note enjoy this banging edit from their UK visit thanks to Jake Shunt who traveled the country with the team and has footage of Scotland, Saffron Walden and much more. Also thanks to Luke Petty who covered some footage of the Saffron Walden demo with skating from many other guests from Death and Death Urethane. Thanks to Tom Halliday for the photos.

This UK tour footage filmed and edited by Jake Shunt Martinelli was filmed across the UK:

Luke Petty shot this from their visit to Saffron Walden.

This footage was shot with guests in Brussels, Belgium at the Square Des Ursalines to celebrate 4 years since they built the park there…