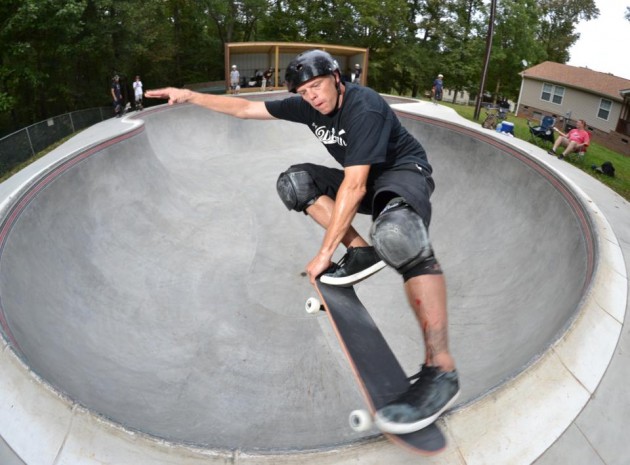 UK powerhouse Dave Allen has new footage online this morning filmed out in Atlanta where he’s waved goodbye to after over six years of service this week. Stoked to see Death’s finest coping smacker get down and dirty on vert pools and bowls in Down Right Evil. 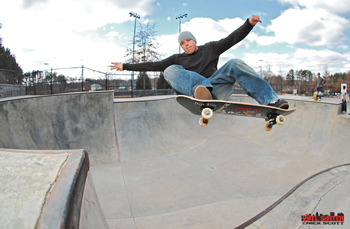 One of Britain’s finest exports, the Hertfordshire Baby Rhino and coping slayer known as Dave Allen has been making quite an impact on the Atlanta scene in Georgia over in the USA. This year his name has been cropping up a little more frequently as his Death From Above pro model for Death Skateboards dropped and the kind of frontside feeble that’ll make any other grown man cry was featured on the ATL Skater website as one of the photos of the year.

He joins us today for another series of personal reflections on the year that has just past. Have a read below and keep scrolling to find his top five video edits of the year too. Boom!

After what seemed like a forever of uncertainty, signing the paperwork and getting the keys to our house. Stoked.

I think it was when Zorlac was over here and we went drove down to Columbus for the Georgia Bowlriders. Myself, Nick, Will Boatwright and Shawn Coffman. We laughed all the way there and back. Shawn had the quote of the day “I don’t give a shit where we eat Dave” You probably had to be there I guess.

I went to a club for a friend’s birthday and this dude was playing live. It’s not my usual taste but it left an impression on me for some reason.

Most satisfying trick filmed or landed and at what spot?

I’ve filmed some bits for the new Death video, but the most satisfying was shooting an invert fakie in the pool at Brook Run. It felt the nuts.

I re-learnt how to go in forwards on feeble grinds again just like the boss (Zorlac) does.

Grant Taylor at Mountain park, he’d just got back from King of the Road and was just cruising around doing more stuff in one line than I could hope to do ever.

What the fuck is an MVP?

Obvious one, Grant Taylor. I’ve witnessed it first hand. He is the real deal. And Kevin Kowalski, don’t underestimate this kiddie.

Skating again. I had knee surgery at the beggining of November, so I’ll be ready to start again in the new year at the new park they are building at the end of the street.

Smashing Up The Car

When I clicked on this I knew it was gonna be good. It’s worth watching just for hearing Renton Millar laugh. He loves this sort of stuff and I’ve never met anyone that gets off on the noise of stuff being smashed as much as him.

Crazy shit going down in this clip. Pure fun reminder of what skateboarding is really about.

Rumble In Ramona – The Final Stand

This one is a re-edit from the Thrasher website of the 2009 Rumble which they posted right before the 2010 one. I like it because it rekindled all the memories I had of what a good time it was. So much stuff went down and it was amazing to hook up with people I hadn’t seen in years.

Have you ever even done a boardslide? This one takes the piss, he passes the mental point and sticks with it. I sat up and watched this comp on a live feed and I was glad I did. Amazing to think he’s been to hell and back and he can still skate like a demon. Jeff Grosso will always be one of my heroes.

We Are The Music Makers

OK, so it’s not exactly new, but I love this scene. I was stoked when it appeared in Video Days.