Arguably 2012 was Reading & Leeds strongest line up of recent years. Not only were did the legendary The Cure take to the main stage, there was a whole variety of acts that put in stellar performances from all sorts of different genres. We’ve picked our top ten from the weekend, some punk bands, some new, some old and one very pop. Check it out below:

Enter Shikari and Reading & Leeds go hand in hand. Their performance on the main stage saw punters running over from the dance stage -drawn in by dubstep mix ups- to mosh along with older ‘Take To The Skies’ fans. Tracks from ‘A Flash of Colour’ go down a treat as does ‘Juggernaughts’ which is now somewhat of a Reading classic, again seeing a stupid amounts of crowd surfing. One day soon these humble lads will headline this great stage. Perfection.

Random Hand’s high tempo mix of metal, punk and ska is uplifting. The sheer energy pouring from the band on stage certainly kicked things off in the Lock Up tent after a slow start to the day. Funnily enough, the most impressive part of the whole performance has to be the sheer capacity of Robin Leitch’s lungs! His effortless alternations between trombone, screamed vocals and dancing like a lunatic was a joy to behold.

Headlining the BBC Introducing stage was Leeds’ most unassuming rock behemoths Hawk Eyes. Playing a fast and furious set, primarily of tracks from this year’s ‘Ideas’, Hawk Eyes managed to make the outdoor stage feel like a sweaty basement, with the standard troupe of lanky lads starting a (admittedly rather tame) mosh pit. Having previously played the stage under their previous incarnation, let’s pray this signals the last time the boys are on one of the smaller stages at Reading and Leeds.

When there are an abundance of acts are taking themselves too seriously on stage and swanning around the guest area like they are gods, you need a bit of Ceremony to remind you what punk is all about. Having a fucking good time. And this is exactly what Ceremony do. Vocalist Ross Farrar just goes nuts, spinning around with his t-shirt over his head and microphone dangling around his neck, musically they aren’t that tight, but really no one cares. That’s not what this set is about, it’s just a great laugh.

Having declared their break-up in 2001 after the release of their seminal album ‘Relationship of Command’, the announcement of reunion dates were a dream come true for many a fan. With mixed reviews emerging from performances at Coachella, it was difficult to know what to expect from their headline set on the BBC Radio 1/NME stage. Opening with the explosive ‘Arcarsenal’, it was hard for a smile not to appear on the face of anyone who holds a special place in their heart for the band.

Given that this was the first time that the majority of the audience got to see the band in the flesh, it was especially pleasing to hear tracks played across their whole back-catalogue of releases, with singer Cedric Bixlar-Zavalar trying his best to recreate those explosive sets from over a decade ago.

The same joy didn’t extend to all members – it was hard not feel disheartened at the sight of Omar motionlessly standing facing his amp for the majority of the set, looking as though he’d rather be elsewhere. This wasn’t the At The Drive-In that left us all those years ago, and perhaps it is too much to expect that.

The band’s first Reading Festival sans-Frank went off without a hitch in true, unadulterated Gallows fashion. Vivacious circle pits, crowd surfing and an onslaught of punk rock from the stage that never let up, this is a band that is every bit as good, if not better, as version 2.0. The crowd was totally sold by the end of the set. Interestingly it was the band’s new tracks that came across best, leaving everyone wanting more fresh material ASAP.

Who doesn’t love the Bouncing Souls? Their inspiring punk appeals across the board in the Lock Up tent. Old classics such as ‘Sing Along Forever’ get the dedicated fans jumping whilst newer , softer and more melodic material like ‘Coin Toss Girl’ is a hit with members of the crowd previously unaware of the band. Their set is a resounding success.

The compacted punters inside and swarms of fans outside the Festival Republic Tent show that although fairly new on the radar, Alt-J are already a firm festival favourite. Despite their annoying- hipster-type fan base, Alt-J’s unique and slightly obscure brand of indie is certainly something to take note of with hit single ‘Breezeblocks’ becoming one of the anthems of the weekend.

You may be thinking this is a bit of a bizarre choice if you are familiar with Crossfire’s usual content, but the thing is we can still recognize a good pop artist when we see one! Mixing electronica, hip hop and a healthy dose of mainstream pop, Santigold has a collection of great songs including ‘Lights Out’ and ‘Creator’. Santigold gets the festival party vibe going.

As we caught these local guys in their own territory of Reading, they might have had a slight home advantage. But it appears that it is Attention Thieves’s energy thats key to drawing in a huge crowd around the tiny BBC introducing stage. Attention Thieves have been gaining a lot of attention from the press lately and it seems it’s well deserved as their radio-friendly Rise Against inspired punk rock goes down a treat. 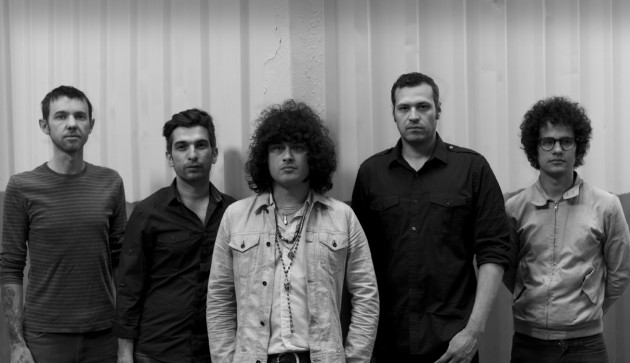 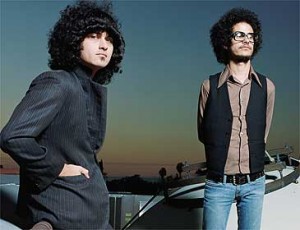 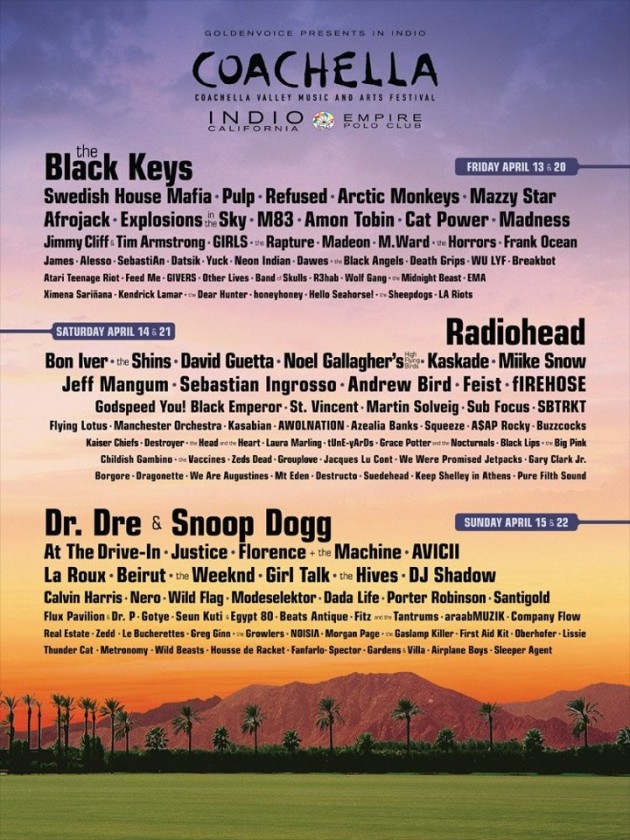