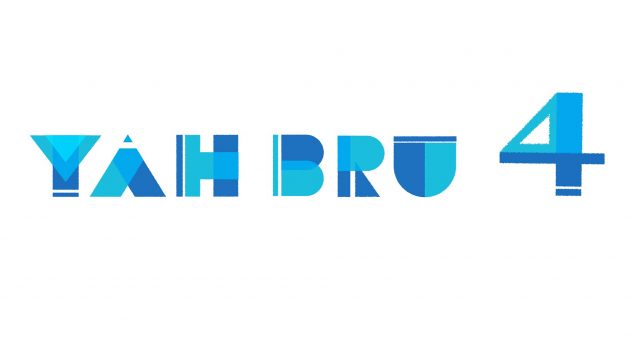 Ah, the sound of a cold one being opened, your mates having a laugh and a sick skate session. You can’t beat it. From the teens that are seeking and learning to the old codgers who just can’t give it up, skateboarding is a fun bastard and London’s vast skate scene delivers for all.

Say hello to just one chapter in our fine city. The WASC crew is made up of a few friends you may have seen at demos, Crossfire jams and in 90s skate mags. Long term friendships that have been forged by the love of four wheels and good times. The glue of this crew is a Whatsapp group that’s pretty much exactly like Gossip Girl – but based in East London, not Manhattan’s Upper East side. It runs 24/7/365 and constantly treads a very fine line between banter and insult. People leave and are ejected regularly. It’s (mostly) in good humour.

Yah Bru 4 is their latest installment filmed across the year collectively, so sit back, get a beer on the go and take in the sessions before diving into a few facts found in the memories of Ben Phillips and Brendan Ryall below.

Youngsters at the spot have become a heartwarming regular during this project. Gavin with Jack, Steve with Jack, Kevin with Clem and Dave with Otto. Most importantly the young ones weren’t just there to watch; this next generation are already up and rolling and well on their way to surpassing their ageing fathers.

With a crew in their 30s and 40s, gaps and rails aren’t really on the agenda anymore. We were in the West End and Manny Lopez was with us that day. Ryall had thought about putting a crowd barrier across the SOAS gap, but common sense and a more sensible crew always won. Manny is insanely comfortable on rails. So we thought fuck it, today’s the day. We set it up and whilst we were still looking for excuses, he went straight in. It’s really sick to push your own limits, and it really helps when you have a kid on form to give it that final push.

Crew is everything. Filming is really a byproduct of our missions. Mark Brewster has recently had some gnarly surgery on his ankle so the build up to this meant he would come out with us every weekend, without fail, with a deckchair. Our legendary heckle bench will not be the same without him as he sat there, chilled beverage in hand, barking unsolicited feedback from the start of the session to the end. It never once got annoying (jk lol).

Another one who’s battled injuries is Ed Davis. The Royal College of Surgeons have just informed me that most of his problems stem from an ill advised session down LB 10 after a jazzy afternoon on Bermondsey Street a couple years back. The good news is his transition skating is already picking up where his Wilson street carnage left off. 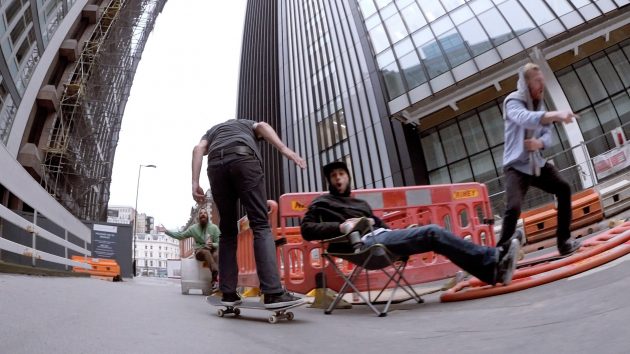 Gavin the Wizard in speed dealers and a bucket hat was one THE “in” look on the streets of London over the last couple of years. Perhaps his only more powerful look was flying out of the darkness via a pressure flip down 3 at the tail end of a Battersea session into an amphitheatre full of merry onlookers. The ensuing uproar could be heard all the way to Westminster.

Brendan Ryall and his magic hands. Shot by Dave Turner. 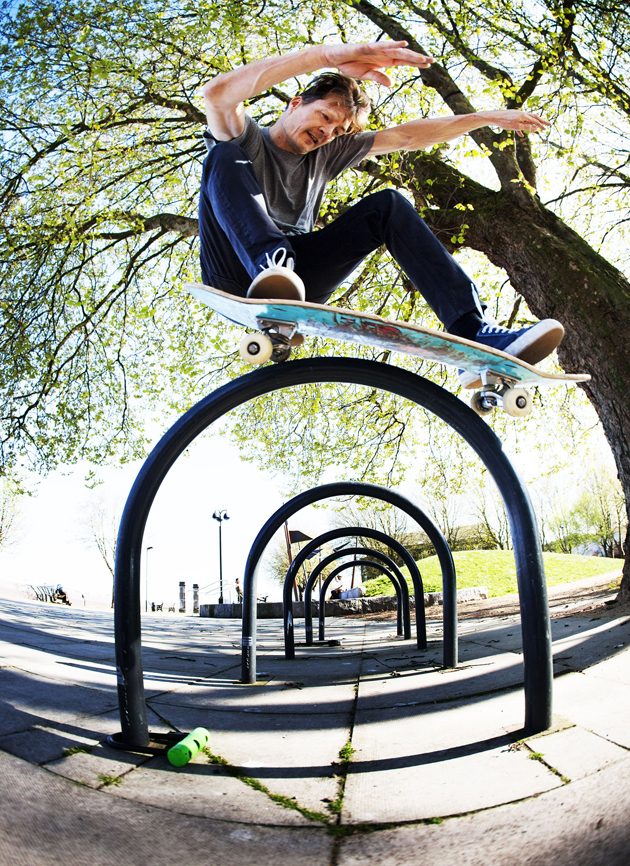 Paul Carroll has built a magical ramp in a forest in Essex. It really is incredible and the only ramp sessions comparable to it would be the legendary Playstation / Bay66 mini-ramp sessions BITD. Knowing the weekends are street missions, Phil Clutton built some amazing flood lights out of LED lights, 100ft of cabling and a car battery. With a culture clash of obscure 80s songs and raw punk blasting out a Marshall speaker, the night sessions become timeless and unforgettable!

The City of Rats:

With deadline approaching Ryall was on a rare solo mission with Skipp. They arrived at the Mudchute brick bank and spotted a massive rat on the top of it. This thing was so tame, it carried on sniffing around and eventually cleared off. Si started working out his trick and Ryall crouched down to find his filming angle. The bloody rat came back, ran behind him and up his shirt onto his back! Much screaming went down whilst Skipp laughed his arse off. We still got the clip, with a different angle.

The special award for TDCC goes to Patient Mike for a never ending stockpile of fresh white ghetto gowns. There aren’t many people in their late 30s that have a 360 flip like him. He is true, genuine talent (even if he does do too many lipslide, 5-0 change ups).

The ender – Si Skipp at The Temple of Doom:

This truly is a Skipp spot. No one else would care or bother. 12 years ago, when Si was in his prime, he kick flipped it, but not how he had hoped. The spot is so crusty that no one ever wanted to go back. Featuring a crusty surface, huge gaps in the bricks, a grass run up and rough tarmac for a roll away, who would want to go back? Si of course. In winter, armed with 20 meters of carpet for the run up, we went back, rubbed the mildew off the landings and the battle was on. One roll in a pirate camphor bush and another handful of goes, the ender was in the bag. This commitment for any skater in their 40s isn’t normal. Here’s raising a glass to Yah Bru 5! 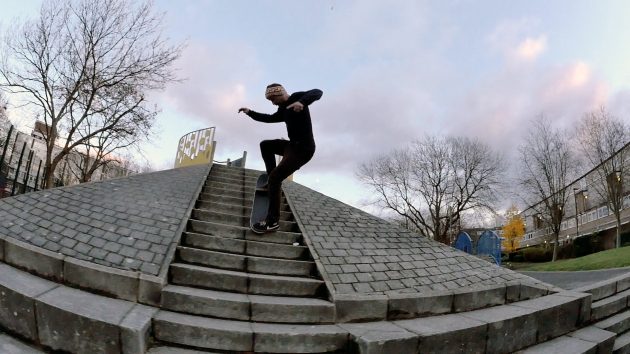