It’s not often that skateboards are blamed for fire related incidents but recent reports from firefighters in West Yorkshire confirmed that Josh Jarvis’ deck started a freak blaze in his parents home last month.

Following an investigation, fire chiefs found that a skateboard (sitting idle for over 4 years) had been in contact with central heating pipes over a long period of time until ‘pyrophoric action’ kicked in, igniting the wood.

It seems absolutely ridiculous but apparently “the temperature variation of the heating going on and off cooks the wood like charcoal and eventually if the combination is right it will go into a smouldering fire and then will ignite something,” says Fire Investigator Mark Whitaker. The fire wrecked a room and into their hallway but did not spread to the rest of the building thankfully.

Skate Police are said to be making enquiries to possibly charge the kid for negligence as leaving your rig for so long without a schralp should be a crime. Lesson learned here: Never leave your rig alone for no longer than a week or risk it setting fire to itself in protest.

Photo: The culprit kid who left his deck unskated for 4 years poses with firefighters. 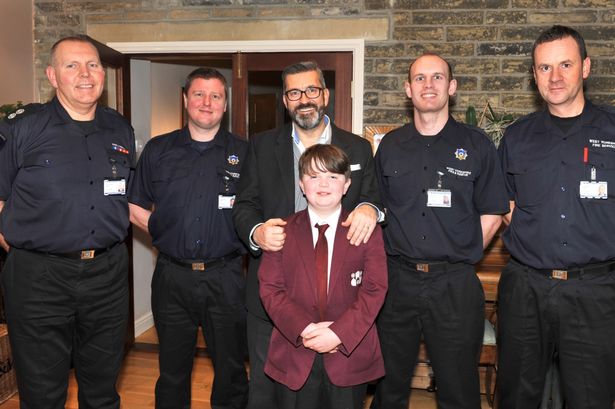