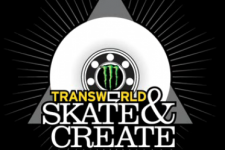 It looks like Etnies may well be our ever favourite entry for Transworld’s Skate and Create. If you want something different with heaps of skateboard nostalgia then look no further as we return back to the 36 chambers of the 1990s.

Here’s what the director, Benny Maglinao said about his entry,

The idea came when I was sitting around with Oliver Barton and we were thinking about everything that went into it last year. I didn’t know how we could top it. I just wanted to have fun. So I started thinking about how there’s so much emphasis on indoor skateparks now. It made me think of recreating the old World Industries days, because that’s the park I saw on videos from when I started skating. We didn’t want to script it. We just got the first batch of clothes from that era, which took a lot of work to find—those really baggy pants, T-shirts with thick collars, like cotton was really thick then. I got little iron-on graphics for the shirts, like the Rudy Johnson 40 ounce.

I was psyched on using a camera from that era, too, so I thought it’d be cool to film in Hi8. Oliver shot on film, too, so it looked authentic. I wanted guys to skate and I just ran around and filmed it, kind of how they probably did it back in the day. I think everyone was surprised on how much footage we got in the end. The video we made was only part of all the footage we had.

The end result is even better than you can imagine from that description. Baggy clothes, graffiti covered walls, classic hip and curb skating, WU-TANG, and guest appearances from Kareem Campbell and Shiloh Greathouse among others. This is something very special indeed. Truly creative.

Check it out here.

For a taste of what to expect, here’s Kareem Campbell’s section in 20 Shot Sequence, take it back to the 90s…