For the third year running Adrenaline Alley in Corby opened its gates only to get shut down by the constantly progressing standards of British skateboarders at the Vans UKSA Championships.

Element’s Ross McGouran battled his way to keep his number one position by matching serious consistency with huge tricks. The gap over the pyramid to nosegrind down the rail will go down as the highlight of the weekend for many who witnessed the street comp over the weekend.

Superdead rider Harry Lintell continued to prove that all the hype surrounding him is for legit reasons – he’s simply one of the best skateboarders in the country and took second place with fluid lines filled with big tricks all performed flawlessly. Style for miles.

Unabomber’s Keith Walsh took 3rd place with plenty of idiosyncratic tricks and an unexpected leap over the pyramid to flat. If there was a big air award for this year’s street comp this Irishman would have took it no problem.

Best trick was awarded to Will Golding with a kickflip nose manual nollie flip out down the sloped block. Caradog Emanuel took second with a kickflip backlip down the same block and Barber earned some cash for a perfect backsmith pop over down the big rail. Sam Beckett destroyed Corby’s vert ramp and took 1st place with Andy Scott coming second and Jussi Korhonen in third. Helena Long put the girls comp on the map with Lucy Adams and Lois Pendlebury, the girls got some.

Another year, another testament that British skateboarding is something to love, support and brag about. Look out for more from this weekend including all of the results on this site once we get back into London and get rid of the hangovers. 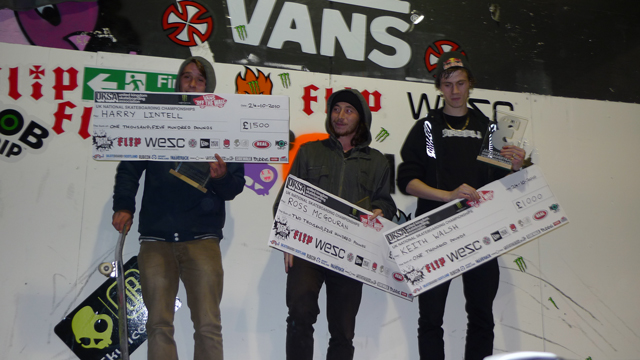 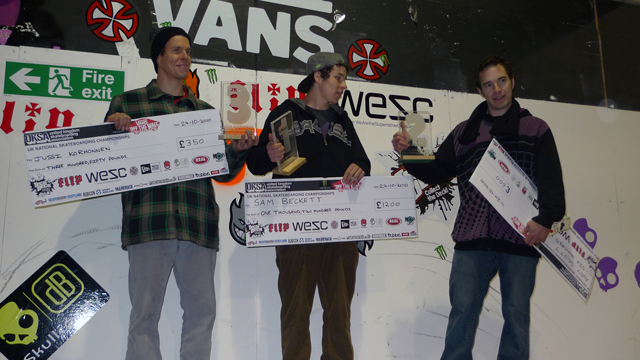 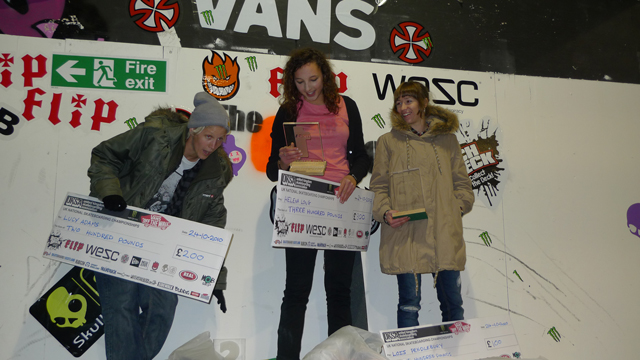