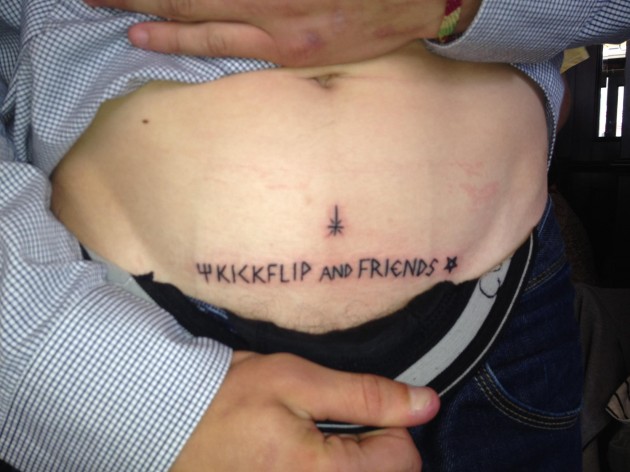 On Friday night the Birmingham and Black Country skate scene were treated to the the latest visual offering from the cult like Gnargore crew entitled ‘Kickflip and Friends’. Before the video was played the 180+ skaters got to have an insight into Tommy D’s Spread Eagle project with a tour diary. Typically for a Gnargore premiere it was rowdy as hell so it was hard to tell what was being said on the screen, but I’m definitely gonna be watching this again when it’s on the internet. Once that was done with some cheering we moved on to the main event. With the standard of skating higher than most expected and some legit production it’s a video that surprised most.

The premiere had some great sponsors for the event who were more than generous donating product to give out. 20 minutes of prize giving to lucky raffle ticket holders followed the screening before the Crown pub was taken over for good vibes and plenty of beer.

Thanks to everyone who came down and made it great. The video is now up for sale at www.gnargore.bigcartel.com and will also be available from Ideal skateshop in Birmingham in the days to follow!