If there was a UK skater who deserves all the sponsorship he could get it’s Ewen Bower. We called Fresh Blood on his steez back in 2007, but now Lovenskate’s biggest popper has been announced as a Vox UK team rider so hail-fucking-yes to that news.

Look out for Ewen in Richard West’s ‘Exposed’ feature that is about to drop into the features pit this week. 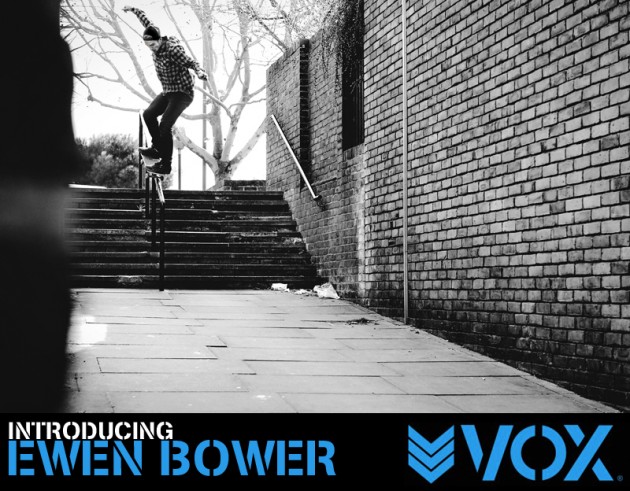