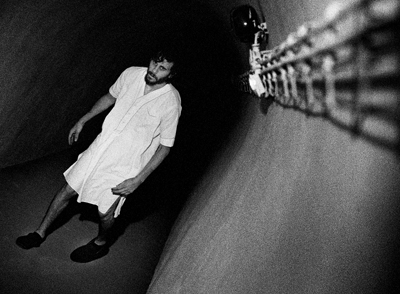 Rick McCrank is one of the few universally safe names in skateboarding’s frequently self-destructive, attention-deficit and elitist world. No matter what sub-culture of skateboarding you happen to dwell in, the respect for Crankers will always be there. No action he makes requires justification because whatever he turns his creative talents to expose nothing but a loud declaration of his love for skateboarding.

We had the pleasure of hearing from one of skateboarding’s most diverse characters whose most recent jaunt led him to play the character of Blair Stanley, a role supposedly based around the man himself. He gave us a little insight into his part in Machotaildrop, the Anti-Social store, Daft Punk’s Tron soundtrack, a little dietary advice, why company loyalty is important and plenty more droplets of knowledge from someone with a particularly impressive and off-beat skateboarding acumen.

I’ve known Corey for a long time through skateboarding in Vancouver, he was roommates with my friend Keegan. I met Alex through Corey when Alex was visiting from scotland and we all got on right away. A friend from San Francisco, Matt O’Brien, was visiting vancouver and he mentioned that his friend was submitting something to the Fuel TV Experiment and that Corey and Alex should too. Alex and Corey asked me if I’d be interested in the project, that way they’d have a pro skater to add to their submission. So that’s how Blair Stanley was created, for the film Harvey Spannos.

The writers have mentioned that Blair Stanley was essentially written as a caricature of yourself. Do you identify with your character?

I can identify with some aspects of the character, mainly his manic states but I’d say that if it were written about me it would be the dark and disturbed part of me that isn’t very present in my demeanor.

Blair does show a darker side to the character in Machotaildrop compared with how he was portrayed in Harvey Stannos and I think those that follow your skateboarding have yet to see your own dark side… how did his character’s transition reflect your own life, if at all?

I tend to look at the bright side of things but not when it comes to me, I’ve had issues with self-doubt in the past and a little in the present but I’m working hard on ending that pattern. I suffer from depression which sometimes can leave me alone in my home for days, but like I said I’m curing myself of that through therapy and self work.

For most actors, doing all their own stunts is a big plus on their resume… as a skater you kind of inherit the stunt double role by default but obviously you can act too. What made you want to act in the first place?

I never wanted to act, I’m a fan of film and I enjoyed doing little fun video things with my friends. It was a shock to me when people said that I was good at acting.

Do you think that you being in the film, alongside the likes of John Rattray and Steve Olson, help reinforce the idea that Machotaildrop is a film very much made from the minds of ‘real’ skateboarders?

I think so. I can vouch for this being a skater made film.

Films about skateboarding have often suffered from two problems: one is that the regular film-watching crowd won’t relate to some of the content; the other is that skateboarders will dismiss the film as cheesy. How can these hurdles be overcome?

I don’t think those hurdles can be overcome. Skateboarding is just so broad and there are so many sub-cultures in skating. Skaters are jaded and elitist, we tend to think that we hold the secret truth about how things should be and that we are so different and free, look at how long-boarding is viewed as lame when it’s essentially the exact same thing but they are riding boards that are deemed to be too long to be cool. If a film were to try to explain to a non-skater audience what skateboarding means to the character the “real” skaters would know it and diss that. It seems that not everyone can walk away happy. I think the film ‘Kids’ was a good window into one sub-culture of skateboarding. I’d prefer to see a film about skating that completely catered to skaters and didn’t try at all to bridge the gap between skaters and non-skaters, that would be pure and that’s what I like to see on film.

We think the film looked fantastic and I’m sure it’s going to go down huge with skaters and fantasy heads alike. But how about some other skating faux-pas? Why do some skaters turn their noses up at bonelesses and benihanas? I know that you’re not afraid of getting gnarly with your foot on the ground…

Again, skaters are jaded and if the elite say something is cool then that’s what is cool. Look at the term “mall-grab”… I’ve heard grown ass men make fun of people because they dared to carry their skateboard by the truck. I don’t subscribe to those types of limitations. If you are a free skater then be free.

There’s one particular boneless you do in the Beauty And The Beast tour that’s totally off the scale, what’s the secret to being able to kill it on both park and the streets?

The secret is just this, skate street and parks. It’s all skateboarding folks, plain and simple.

There’s a ramp duel in the film with your éS teammate John Rattray, how was it filming that? Was it inspired in any way from Anti-Social’s ‘3 is the magic number’ mini ramp comp?

I think maybe it was inspired by Thrashin’s joust scene. Filming that was fun but I was feeling lousy on my board due to some ankle issues I had that needed surgery afterwards. The ramp was really narrow and our boards would sometimes fall in the river but I’d say it was a good session. 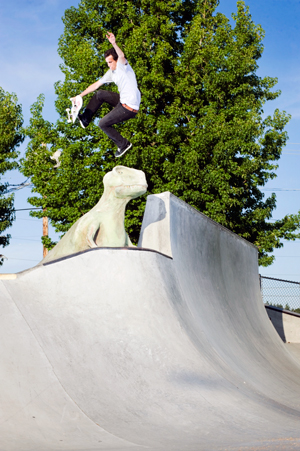 Now that the Machotaildrop ride is over are you looking forward to return filming for the Chocolate video?

I am so hyped to film for the next Girl/Choc vid. Like I said earlier though, I’m still recovering from major ankle surgery so I’m not quite at the filming stage, although I wish I were.

If your ankle heals up and you get filming do you know if you’re going to be involved in a mighty Girl montage or have a full-part or what?

If the project gets pushed longer I’ll try to film a full part when I’m healthy.

I think the only thing that has changed has been that the filmers have a hell of a lot more gear to toss over fences then used to. Skating’s the same.

You’ve been on Girl and éS for over 10 years now. It’s sadly rare to see such loyalty but it seems more common with Crailtap and Sole Tech companies. What keeps you loyal to your sponsors?

Somewhere down the line I learned that loyalty pays off. I’d seen people bounce around for some quick cash and then be left with a bunch of burned bridges and a massive car payment. I’ve also been lucky enough to be sponsored by companies that I respect and they respect me.

Why do you think it’s common to see not just ams but established names constantly move from sponsor to sponsor?

I think it’s because no one takes the time to teach these kids about respect and ethics, they are taught by skateboardng to not give a shit and to be “gnarly” and to fuck the world or themselves. Skateboarding seems to be trying to self-destruct itself.

As a non-drinking vegetarian, were there any awkward moments on the Beauty And The Beast tours when the wizard’s staffs got a little too high and the barbecues got really meaty?

I wouldn’t call them awkward, maybe annoying at times but I still love all of those people and I don’t judge anyone for enjoying themselves how they know how. Meaty BBQs aren’t an issue for me either, I’ve been a vegetarian for sixteen years so I know how to take care of my nutrition needs.

Does the healthy lifestyle help a lot with your skating? I know I’m already starting to suffer…

I think I could be much more healthier but I’d say that yes, it is an advantage, especially as we get older. Our bodies need as much help as we can give them and I plan on living as healthily as I can for my entire life.

So for all of those reading out there that are keen to look after their joints a bit more, what would be your ultimate daily diet to get the energy flowing and the grinds grinding?

I think any well balanced diet will do it, lots of leafy greens and a ton of water.

Are you really good at salad grinds?

Actually, no I’m not! 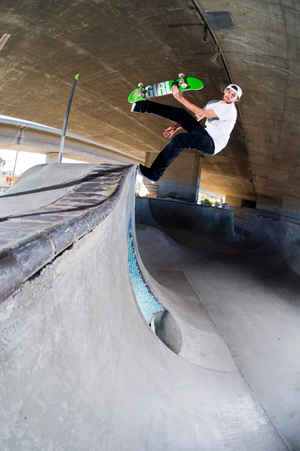 Tell us a little about your shop, Anti-Social…do kids steal stuff?

Sometimes they steal; Michelle, who runs everything, usually catches them and scolds them appropriately. The shop is going great. Michelle is deeply connected with the community and if you help your community then they will help you.

You have some serious heads ripping for the store too, Keegan Saunders kills it constantly and Mike McDermott and Wade Fyfe are always a pleasure to watch. Who’s repping the store hardest right now?

The Japan tour video that dropped a couple of years ago with your wheel company Momentum was sick. There’s a huge difference in the way the Japanese approach skateboarding compared with the West, are you feeling it?

I love any approach to skateboarding. The Osaka Daggers seem to be having the most fun.

There’s something unique about Canadian skateboarders too, what is it about growing up skating in Canada that’s noticeably different from, let’s say the States?

I guess the spots are more harsh here, kind of like England, and the winters can be pretty brutal in some places as well so when you can skate you really appreciate it.

Who’s your favourite Canadian skateboarder of all time?

How about the best concrete park you’ve ever skated?

What are you currently dividing your time into doing?

Latley it’s been physical therapy, parenting, skating and helping my fiancee with her immigration paperwork (she’s from the U.S), other than that I’m trying to enjoy the summer and have some fun.

Who got you playing the guitar?

Do you ever jam with Danny Garcia?

Once or twice on trips, he is super good at all things music and he can sing.

What music are you feeling right now?

Daft Punk’s Tron Soundtrack and a sampling of just about every other genre including world music, an ethiopian guy named Mahmoud Ahmed makes me very happy.

What was the highlight of your trip to the UK?

My daughter had her twelfth birthday in Edinburgh, we dressed up and went out to eat. She loved it over there.

Get a chance to skate?

I skated a few ramps, that was the first time I skated in six months because of the surgery so I was nervous.

So what’s next for you after you recover and the Chocolate video is done with?

I”m very excitedly working on a skate project with Thomas Campbell and a bunch of epic rippers. 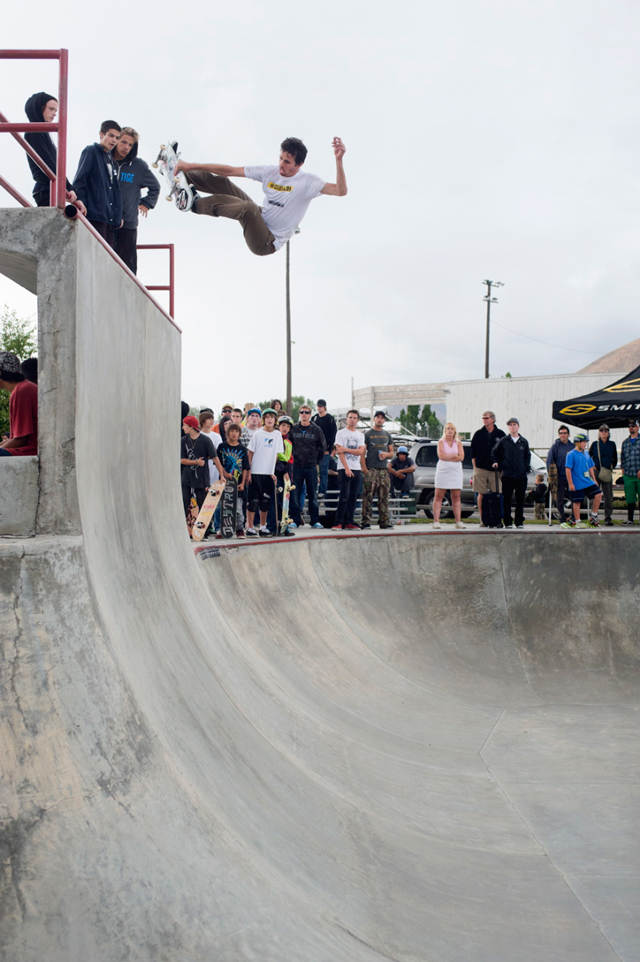