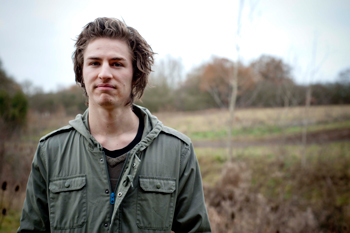 What a year for Mr. Boots Hopkins! Not many people can say that they’ve been married, had the cover of Sidewalk and had a pro board out for one of the UK’s best companies in their entire lifetime, let alone in just one year. Yet all this was achieved this year by a man who chooses to go by the name of a high street pharmacy chain (or the footwear choice of a certain Puss) while frequently destroying street spots across the UK on the regs.

We found Boots to be a perfect candidate for another set of Reflections, so enjoy his favourite moments and video edits from 2010 right here.

My wedding day, getting the cover of Sidewalk and getting a pro board were the best moments of the year for me, stoked on them all.

The Summer Death Skateboards tour was really fun, good times with the fuck ups camping and filming at some sick spots, same time next year!

In the middle of filming for the next Death video ‘Ordinary Madness‘, so I have been filming as much as I can. I dunno if satisfying is the right word, maybe relieved is; whenever I make the trick, I’m so glad its over, especially if it’s taken a couple of hours. I’ll be satisfied when the deadline comes hopefully.

Anything Josh Cox ever does is my favourite. The guy knows his way around a skateboard, just watch his warm up line at Mile End. Piss take.

Stay Gold and Origin, but Heath Kirchart’s part in Stay Gold is the best.

Same again… travelling, skating new places, moving to cardiff, spending time with the wife, not working too much. Keeping it real.

Stumbled across this the other day, good style, lipslides through water, good tune. This part is sick and I look forward to seeing more from this guy.

Nick Jensen’s Lakai commercial. I don’t need to say why this is amazing, watch it and you’ll know.

Randy Ploesser High 5. The dude kickflips onto a polejam and other interesting and sick stuff in this clip.

Dylan Rieder’s Gravis part. Definitely the best thing I have seen in 2010, 5 minutes of straight bangers and does the best front tail flip out you will probably ever see.
Portrait by Rob Shaw

T-Mo and his buddies. I love this clip, especially the coffin grind over the rainbow rail, unbelievable. I’m just jealous I can’t skate there…