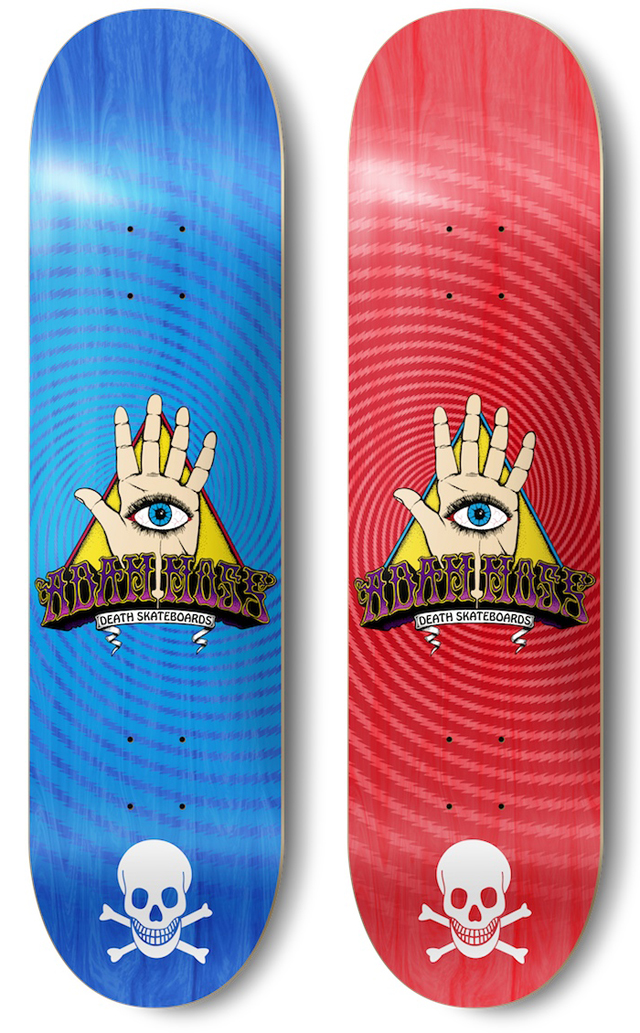 As announced on January 8th this year, Adam Moss moved up into the pro ranks at Death Skateboards after a loyal ride with the Harrow mob for many years. His new pro deck has been released this week and will be now sat awaiting your purchase at quality skater owned shops around the country. Watch some new footage filmed by Mark Nicolson here and look out for his all-seeing-eye in either blue or red.