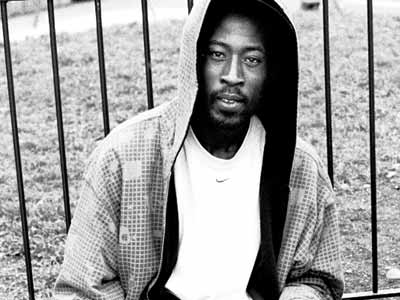 Rodney Clarke has lived a larger life than anyone, but still stays humble and down to Earth. Already those are two attributes some of us only wish we could answer for.

Rodney is a veteran yet still stands at the front of the game. He is recognised from Australia to Austria and always happy to session or share a drink with fellow skaters.

Despite the fall of previous sponsors and a paralysing accident, Rodney stayed strong and took it all in his stride to build a brighter future. Ralph Lloyd Davis caught up with Rodney just before he whizzed off to Australia with the Crème team. Lucky bugger!

What are you doing now?

I was just having a quick conversation with Australia!

Zac mentioned you were about to head down there again- what’s up with that?

I’m gonna go and escape the winter for a bit.

By yourself, or with the Crème lot?

The Crème lot and the Split guys.

Lucky bastard! You’ve been to Oz a lot haven’t you? I remember in that UKVM you mentioned nearly paralyzing yourself- What happened?

I got half way rotated during a backflip on a fricking trampoline, came up short by about 180 degrees.

Shit… It’s always when you least expect it, eh?

I landed forehead first and dislocated the c5 disc, and bruised my spinal cord! It left me paralyzed for about a day or so…

Were you alone or did Skippy come to your aid?

My good mate Spence was there. When I told him I couldn’t move he thought I was joking started bouncing on the trampoline

I’m screaming like, “Mate, stop it! I’m serious- I can’t move. Get help!” I spent only two weeks in hospital though.

That fast? Lady luck wanted to see you skate some more obviously. Even though you’ve had some heavy injuries in the past, people know that you can get gnarly on your board- Is it a bit more calculated nowadays?

I ain’t worried about hurting myself. I kinda got the whole “I’m indestructible” thing going, you know: what don’t kill ya, can only make ya stronger, and all that… I wrecked my ankle shortly after getting back on my board; these days its more about what my body will let me do.

Looking at the some of the yoot out there nowadays, do you ever think some of them are taking unnecessary risks? Mispelt yoof..?

Nah, its weird that it may seem that way, but I think people just look at what’s been done, and feel that its within them to try crazy stuff. Danny Way doesn’t help matters jumping out of helicopters and stuff! (Laughs) The level of skating has gone through the roof!

I look at skating like stunts nowadays. The age of flowing and lines seem to have flown out the window… At the Xmas Jam Ross (McGouran) was going off- it was sick. You were spotted going at the gap with some fairly old-skool moves- What’s your favourite?

I would love to have done what Ross did, but for the sake of consistency I stuck with a trick I could probably do in my sleep.

Ah! The old sal-flip… I like it too except when you land on it primo. If you could take the younger generation back in time to another era of skating to teach them something about their past- where you you go?

Probably the early seventies. Kids have to loosen their bloody trucks and learn to carve and turn- when skating looked more like surfing. It has sort of gone that way again a little bit with the long hair wearin’ hippy Huntington Beach beach stylee. But, when I look at people like (Geoff) Rowley and Chris Haslam, that’s what the kids remind me of.

Who did you look up to as a kid?

Obviously the Bones Brigade being the first major company I remember seeing had a major part to play as a kid. Tommy (Guerrero) was my favorite then- when they all came to the UK I was so hyped! Then after that it would have to be Ray Barbee, Matt Hensley, then a little while on Eric Koston and Danny Way. Oddly enough, its weird that they all made visits to the UK around the same time..? Hey! What does that say to the USA? The importance of tours and stuff is immeasurable.

Do you think some companies have forgotten the importance of demos and touring? Sometimes they jet over to Europe for filming missions only- no demos, no nothing…

Absolutly! Ok, so a good video part is essential these days- no question. But nothing actually beats seeing it live. It never can

Off on a bit of a tangent- When was the last time you saw (Mike) Manzoori at St.Albans?

Oh wow! I don’t honestly remember… Maybe about 8-9 years ago, my guess..? Mike used to smash that place! (Laughs)

Do you have any fond memories of the old St.Albans comps? Or perhaps something horrible that engraved itself on your memory?

It was an amazing time in skating, so many memories: (Matt) Pritchard’s early naked antics, Tom Penny’s run on the mini ramp, Luke McKirdy killing it, Manzoori killing it, Rune Glifberg wallride madness… So many things!

I know you’ve done the whole euro contest circuit a few times- how do the big events compare to the ones at home?

The home grown events have more atmosphere. When big companies put on their events for the telly or whatever they tend to become more like a show. It’s all good but not the same.

Right, now we’re in Euroland- How did Crème Skateboards come about? Was it intentional to get a few different nationalities on the squad?

Yeah! We wanted to showcase the best of Europe. There are many things great about the English scene, but I think we tend to forget that we are part of Europe and have a lot in common with other parts of Europe, like the terrain and Architecture for instance. Cliché does a good job of bringing the whole thing together, but they are only one company.

I don’t really want to talk shit on certain people but ‘they’ seem to think the whole world revolves around the UK.

I know what you mean… But yeah like I said earlier- have you learnt or taught anything to you teammates?

It’s great! Domi (Dietrich) and Manu (Margreiter) spent a bit of time over here in the summer. Its funny watching them pick up on all our bad habits, swearing and stuff like that. (Laughs) I know how to ask for things in a couple of languages and to cook a super good pasta dish Austrian style now.

Sweet! Loic from Antiz skateboards taught me that the French have a grab called a ‘sad’ which doesn’t exist in any other language! I think it’s their equivalent of a melon grab.

Its times like that when I wish I had paid more attention in school… Nah! Melon grabs comes from melancholy which means sad and depressed, just like the grab. So it is the same.

Ahh! Well done Sherlock. In any case, they still make me laugh with their ‘flip back’ ‘trois-six flip’ malarky… 10 years ago, could you imagine yourself pro, and riding for a respected euro company?

I never expected to be pro it was a nice addition and probably the natural progression of things.

Cool. So, what are your plans for the future? I know you’re going to Oz in Feb/March…

Well, I’ve been running this skate school thingy at my local park and have one more in South London. They run well and I really enjoy working with the kids

Anyone asking for a 900?! Do you think you might do something like that in the future- i.e. work with kids, or would you rather post up somewhere in the skate industry?

Who knows? I would like to stay industry related, but I don’t know what the future holds for now..? I will just keep skating as long as my body holds out.

Alright Rodney, I’m pretty much done for questions. Now’s the time for your list of sponsors, people to thank, people to not thank etc…

Etnies, Crème, Split, Coretech, Independent, Motel 6, New Era. I want to thank everybody that has helped me out over the years; that’s too many people to list! All my sponsors and anybody who has ever let me sleep on their couch.

Cool. Cheers for this Rodney and have fun in Oz whilst we hug the gas heaters in the deep freeze!