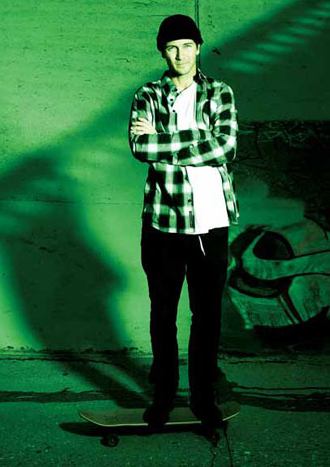 There are plenty of enigmatic personalities in skateboarding, but rarely does the enigma come with as much substance as Heath Kirchart. It’s unheard of that a skateboarder puts out a part as inspirational as his in Sight Unseen in 2001, almost a decade after his curb-tech part in Foundation’s Super Conductor Super Collider, and then silently raises a bar he was always carrying almost another ten years later in AWS’ Mindfield. Concentrating on nothing but what he personally wanted from skateboarding he achieved what more or less everyone would love for free, the ability to do whatever he wanted on a skateboard.

Yet, he remains to this day as modest, quiet and as self-deprecating as he always has been, reluctant to take interviews too seriously and straight up refusing to acknowledge the extent to which people love him. This has – whether he likes it or not – led him to be one of skateboarding’s most endearing characters whose ability on a skateboard will never cease to astonish me.

This year he made his farewell to actively filming video parts with some final eye openers in Emerica’s Stay Gold and so we decided to pay our respect in two ways. Firstly, we managed to steal five minutes from him for some words as he cycles across the USA in the kind of eccentric manner only someone who has previously had a game of skate against himself could achieve. Secondly, we have gathered a collection of our favourite video parts that can be watched online so anyone who missed out on his early days can witness the career of someone who has made skateboarding exponentially better than it would have been had he not given up the paper boy job and skated more. Here’s to you Heath, we know you won’t raise your glass with us but we love you all the more because of it.

Now that you’ve hung up your professional boots are you excited to just go out and skate for yourself again?

I’m just excited to be able to skate without the pressure of having to work on a trick to film. If I feel like cruising for a week a month or a year I can.

Would you get pissed if someone wanted to film you now, even if it wasn’t for a part?

I imagine I’ll still go skate with Miner, Jet, or Greg and if I feel it would look cool I’d film it.

What kind of work do you reckon you might end up into now that you’re not skating? You’ve said before about how you’ve never wanted to do a real job so have you had any ideas or is it a wake up and see deal?

I’ve never want to HAVE to get a real job, I always wanted to work a job because I felt like doing it not because I have to make ends meet. I haven’t really decided what direction I’m going to go in yet.

Would you involve skating in future work in any way… or will it just be a pastime?

For me to work in skating it would have to be for a brand I really like and get behind. I couldn’t work for someone I wouldn’t ride for.

You’re often labelled as enigmatic or quiet, do you feel that this is sometimes a misunderstanding or that remarks that you’ve made have been taken out of context?

I’m quiet. I just try not to make a fool of myself. I’m not a very easy conversation.

What did you learn from skateboarding? A lot of people talk about how it offered them a unique path in life that no other pastime can provide, but what did it do for you personally?

It allowed me the freedom to be who ever I wanted to be. I was never told to do anything. In my entire career I was only “talked to” like once or twice.

Who or what got you into skating rails?

I think it was just the progression of skating at that time. I was in the generation of big rails and tech rail skating. That’s what you did if you wanted to stand out.

What decade for you was the most fun and why?

90’s, it was just about going out and filming with your friends. No pro filmers or nothing, you just filmed each other. Their was no pressure. The flipside was that there was no progression and it looked like shit.

In the last ten years you started and finished with two sections that many consider to be among their favourite parts of all time. Did the way in which you approached skating change in any way after the massively positive response for Sight Unseen?

I live in a very small circle so when that video came out it was just another video coming out. Only now that people still talk about it do I feel that it was something memorable.

You must get it a lot of praise now though, right? How do you take it these days?

I don’t get much of anything. I could skate a skatepark for a couple of hours and not have one person talk to me or even stare. I always felt bad that I was paid to endorse products when skaters didn’t even recognize me.

Your last video part in Stay Gold wasn’t included on the iTunes version, are you happy that your career filming parts remained only or the physical video and DVDs put out?

Yeah, I like that it may drive a could more people into the skateshops. Plus it’s hidden so you have to want to see it to see it.

What’s your opinion on where skateboarding is going online?

Everything is so instant now. I couldn’t keep up, as soon as someone does something the next day it’s online for everyone to see. It took years for me to get things together for people to see.

Will you be skating the mega-ramp again any time soon?

I’d skate it any chance I get, but there is only one and I’m not really “in”.

Was it your idea to have a game of skate against yourself?

Kinda, I just headed down to Emerica and Jet, Timothy and I decided to do it.

Looking back on the twenty years would you have changed anything?

Yes, a lot. But I don’t want to bring up the things I’m not proud of.

What will you miss most about skating professionally?

The money, the traveling, the family aspect of it on tour.

What will you miss the least? 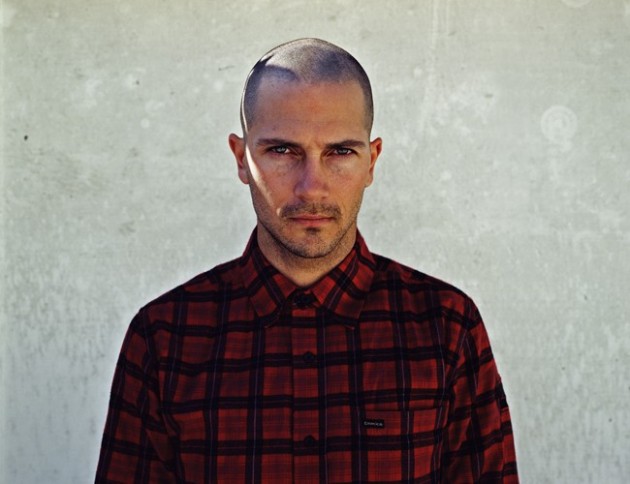 Click on the picture above to stream Heath’s Mindfield part directly from Greg Hunt’s website. It’s one of the finest parts ever produced and should be seen in the best quality imaginable.