The movie ‘Back To The Future’ may have catapulted skateboarding back in the 80s but the reality that the hoverboard could actually come to fruition is now a talking point once again in certain nerdy circles. The people behind it are looking to raise $1m of your hard earned cash to research the possibilities of building a working hoverboard controlled by an i-Phone. 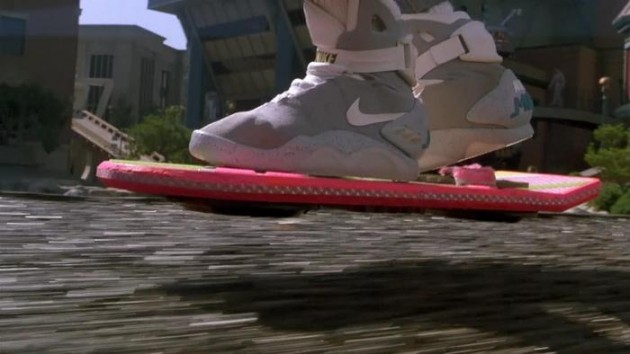 #hovereverydamnday? – No, that wouldn’t work as they would never actually wear out. Marketing fail. 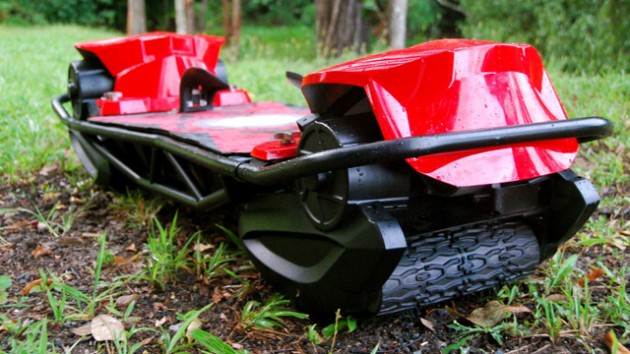 Seen the Scarpar yet? It’s an ‘electronic skateboard’ that can take on all terrain with a top speed of 32mph. This contraption was invented by Andrew Fern in 2006 after a whopping 15,000 hours of engineering went down. Quote of the Day: “Hammer it Daz and see what it can do”. 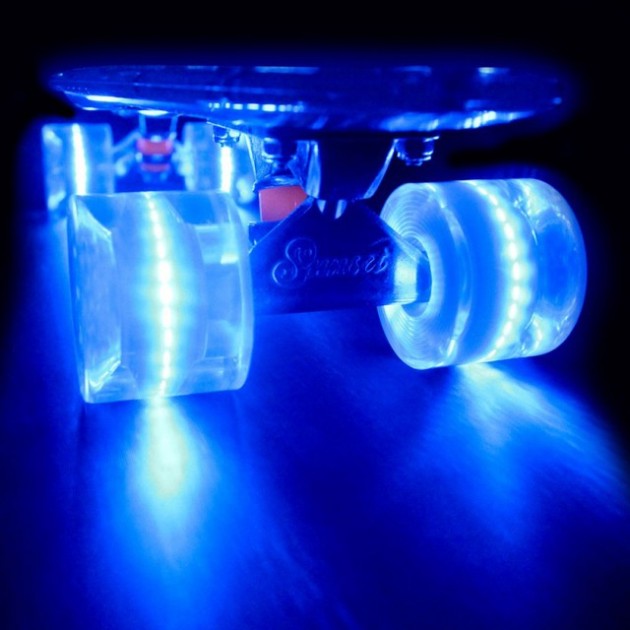 Here’s one for the hipsters. The ‘Staying Alive’ revival is about to kick into the skate scene and be bathed in light thanks to the Sunset Skateboard Company. These polycarbonate plastic numbers are actually powered by battery-free LED wheels and will alert people to beat you up wherever you may be rolling. Try one for instant black eyes in your local highstreet post 10pm. 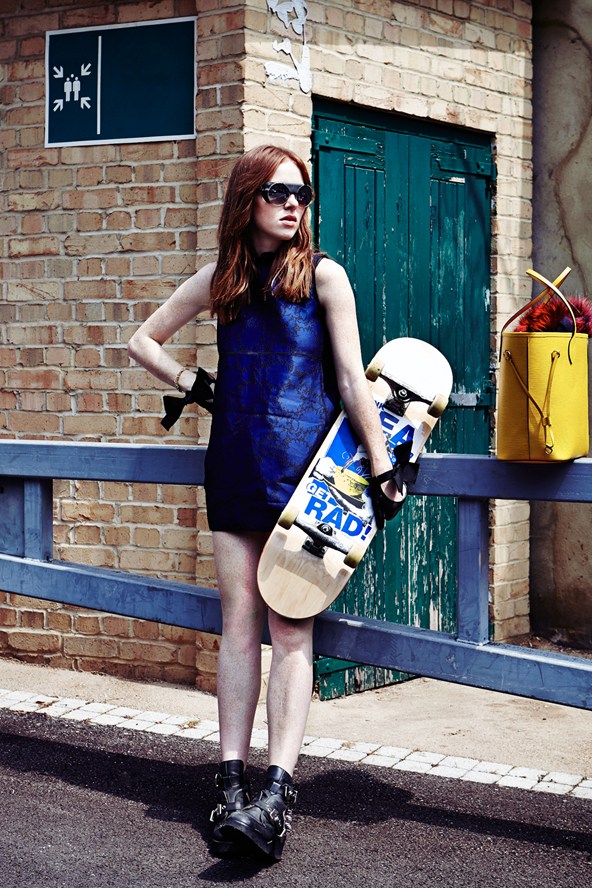 The Lovenskate dudes found themselves having high tea in Vogue of all places this week. Angela Scanlon here models a wonderful Louis Vuitton number alongside a Drink Tea, Get Rad classic. Lucy Adams is said to now be wearing this outfit at skateparks in the South East. Look out for her.

This woman was spotted pinching one off in another fashion outfit shoot. Is that deck a bog roll holder? 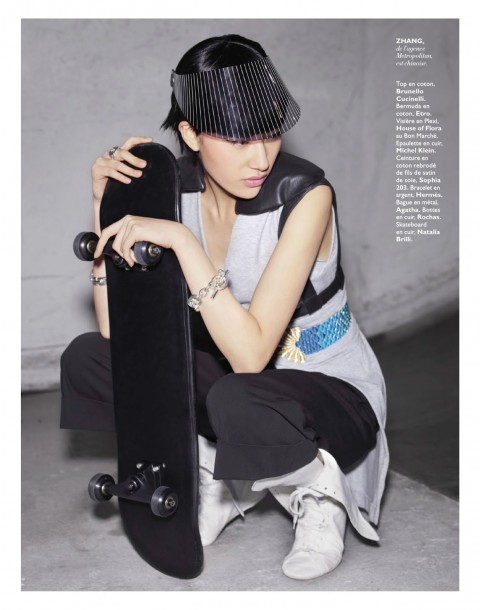 Talking of outfits, the biggest social network kick-in from skaters this week has to be from the launch party of Stevie Williams’ new snazzy clothing company Asphalt Yacht Club. This video goes lengths.

Some people are fuming on this ting:

House MD Hugh Laurie needs to learn that the word grind actually means what it says. 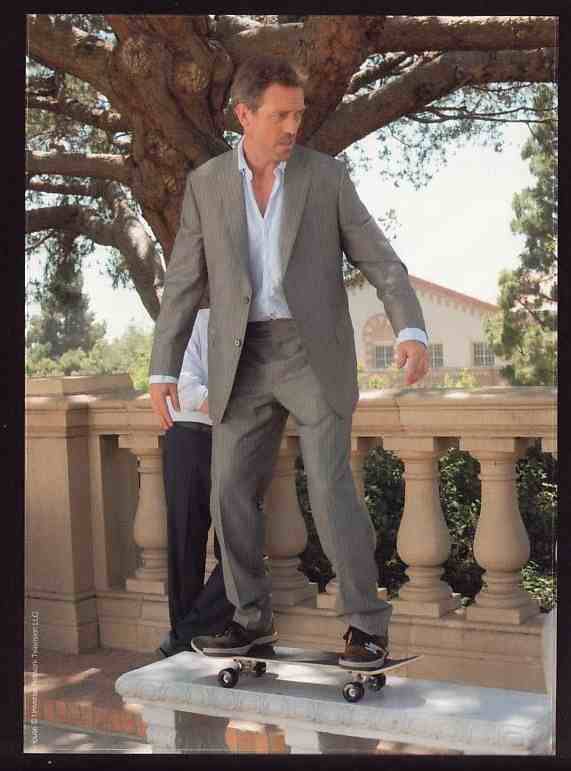 Supra make bad-ass skate shoes but could these new Giraffe Chimera’s as plugged by Lil Wayne be the future D3? Badly in need of a pair of these bad boy’s. Pure piss-takers. 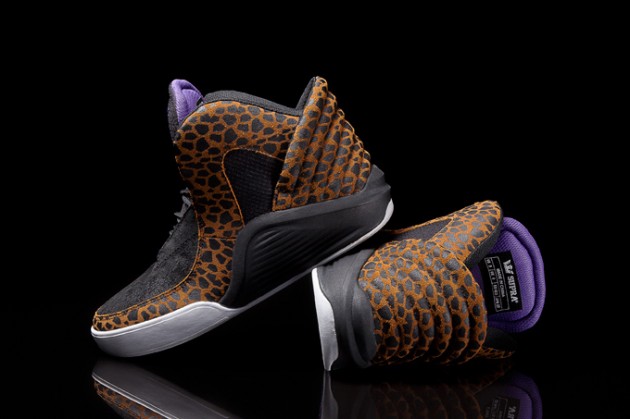 Australians just don’t give a monkeys do they? 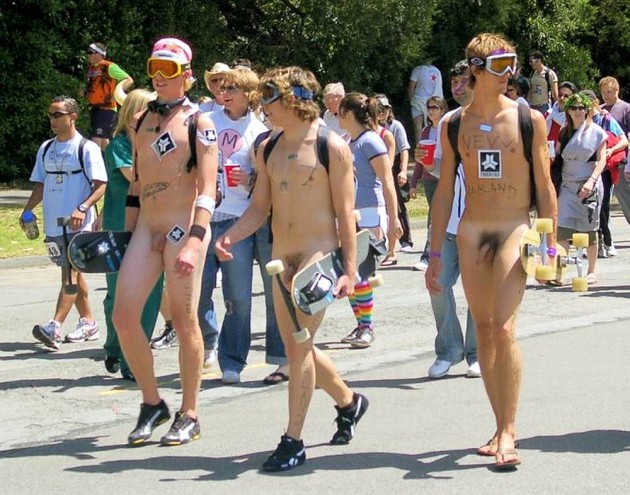 Just when you think you have seen it all there’s always someone lurking out there ready to change the game. This week, the Metro have seen fit to run an article based on mice learning how to skate in Australia. Owner Shane Willmott built a mouse-sized skatepark and made them ollie through a ring of fire. ‘I’m 42 but I’m still 14 in my mind’, he says before mentioning that he “decided to teach them to skate because it was too cold in winter to take them to the beach.”

What next? Find out in the next issue of Outside The Bubble. Email us shit you find out there to here for inclusion. 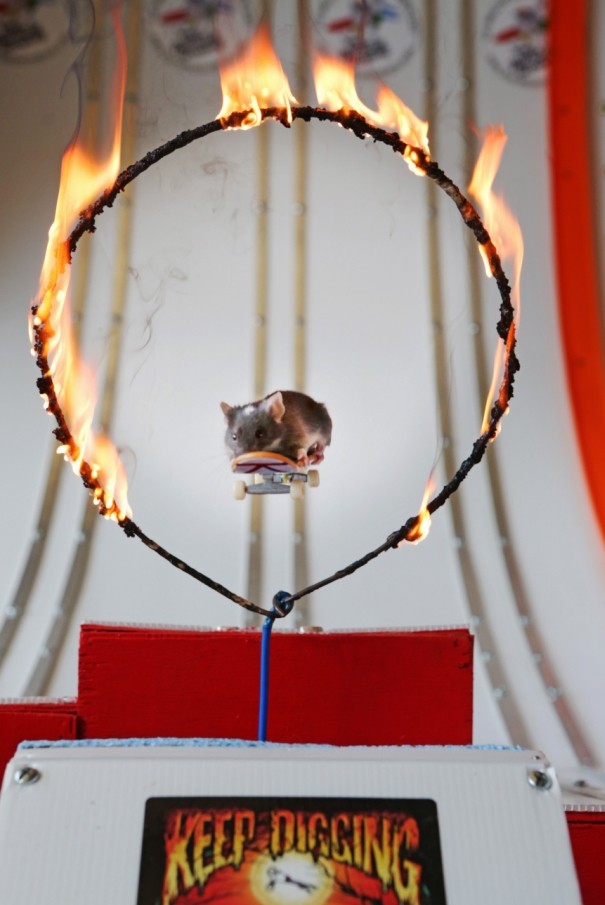