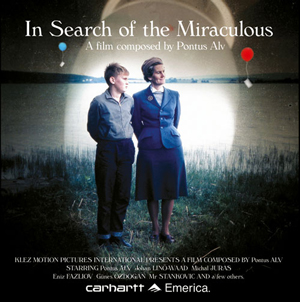 I have been sitting on this review for two weeks, still hesitant to write it even now. The issue with skate videos is that they have the awful tendency to rise up and fall out of the ever-shorter attention span of skateboarders who lurk the internet specifically for that one quick hit, that three minute section that’s perfect for those three minutes only. Every week I hear or read the phrase ‘that’s literally the best video I’ve ever seen’ and it made me a little nervous when my brain’s hypophysis was sending those potential hyperbole-ridden endorphins around my body on the first watch of Pontus Alv’s newest film. I simply couldn’t bring myself to physically write that this is not just the best, but the most important skate video I’ve ever seen so soon after watching it. Films must be watched again and again, they must be researched and you must speak to the director before you should even consider talking about it in such a way. So, over the next two weeks I did just that and I’ve reached a conclusion that I imagine won’t change any time soon.

In Search Of The Miraculous is definitely the most important skate video ever made.

The reason? For a start, it’s difficult to describe this as a skate video, even a film. ‘Film’ has been tainted by Hollywood and marketing in the same way that skate videos are scarred by industry input and the purpose to sell a product overriding the reason why we turn a video camera on our friends and go skating in the first place. Pontus does not sell you anything other than a narrative; his personal experiences that skateboarding has either dominated or heavily influenced are pieced together in what is essentially a visual window into Pontus’ soul. A soul that’s experienced a lot more since the darker Strongest Of The Strange; this is evident in the brighter colours, the upbeat music and the rainbows. Here we look into the light of skateboarding and remind ourselves that beautiful things, like Steppe Side, summer sessions, life and this video, are temporary. As a skateboarder, watching the video is an unending motivational, inspiring and euphoric ride. It’s timeless, beautiful. 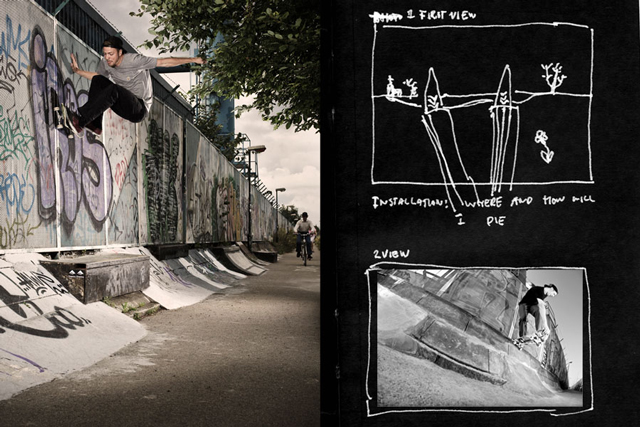 Now despite what impression you might have from these words do not think that the skateboarding takes a back seat. It’s constantly at the front. Even when the film’s early 20th century cinema influences are in full force and there is  a man standing on a beach screaming at a sky that morphs into flying balloons, birds, rainbows and smoke, this is all skateboarding.

We are guided (through consistently polite subtitles that run throughout the movie, varying from the necessary to the witty to the downright unexpected and ridiculous) through all of the hand-built spots that Pontus and his friends have made. The barrier spot gets an explosive eye-opening montage before the animation and wonderful Pontus stuff kicks in. You want gnarly stuff, you got it.

Watching the skating is thrilling on a number of levels, not just how impressive the skating is (and it’s really fucking impressive). Vicarious highs are an important thing for me when watching a skate video, and not once do I not feel every grind, every whippy transition at the ever-changing Steppe Side, I feel like I’ve skated all of these spots I’ve never seen before; I can also guarantee there’s more untouched spots here than in any other video released this year. More than this, I feel the session, the good times being had and the highs and lows associated with spot hunting that is rarely captured – even by the most respected filmmakers – at all let alone throughout the entire film. 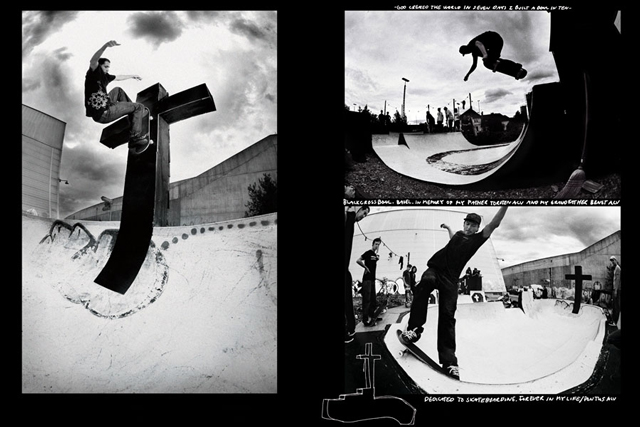 The music is perfect and like in Strongest Of The Strange, manages to amplify everything. Mr. Danijel Stankovic’s (formally Todorovic) incredible section is only enhanced by Edward Sharpe and the Magnetic Zeros (you know the song). Johan Linö-Waad joins Danijel in representing Malmö, a hometown to be proud of from the skateboarders it’s produced alone. Scott Bourne makes another appearance and as ever, it’s a pleasant surprise to see those black arms flailing around while he tears shit up. Günes Özdogan is another name that springs to mind quickly when trying to recall highlights but there’s just so many; the film in its entirety is very re-watchable and it deserves to be seen again and again to take it all in.

Pontus of course has a wonderful section and skates in the way many of us wish we could, with that loose, unhinged freedom that’s met with pure control as if there is indeed a telepathic connection between Alv and his skateboard that makes all those wallrides possible. He frequently appears in other sections throughout the entire film also: a visual reminder that this is his film and his story that he has shared not just with the people in the film, but with everyone watching it. After the seventh viewing I can only echo and pass on what he himself writes at the end… Skateboarding will always be beautiful, so go out there and skate as much as you can, while you can.

Pontus Alv – In Search of the Miraculous from Martin Ottosson on Vimeo.