When Jean-Marc Soulet and Abbe Nyberg (pictured together right) started the Swedish skateboard brand Newsoul Skateboards last year, I’m sure neither of them anticipated the irrefutably and phenomenally viral nature of their straight-to-online debut video feature ‘You Got Soul’. It’s unlikely for anyone tuned into the skateweb to have not stumbled across the flourishing entrepreneur and esteemed shralper, Abbe Nyberg, his name written in the blue text that makes that arrow of your mouse turn into a little pointy finger. Behold the power of the digital age; more names are being linked than ever but it makes the truly talented almost impossible to miss.

Should you have clicked your finger on Abbe Nyberg’s name, chances are you would have been directed to his section from You Got Soul which racked over 200,000 views in just a few days. That’s the kind of rapid video success stories reserved exclusively for Kanye West and videos of cats doing adorable shit. To see someone whose name isn’t exactly most excitable youtubers’ go-to search and someone whose style and trick selection is unique to the point of being vilified by the same, it was wonderful to see the well deserved universal love rise above the usual forgettable fog that clouds up the internet.

Be sure to not group the rest of the video in with that fog. It deserves just as much blue text linkage as the young Nyberg’s properly breakthrough part. Abbe’s business partner Jean-Marc Soulet takes the opening section and I wouldn’t be too surprised if his superbly baggy bottoms have a practical purpose of concealing his bionic legs because the concept of human legs achieving such awkward and brilliant ledge combinations and flips out of manual is something I’m unable to fathom. Though well executed simple tricks have been something of a constant trend since Jamie Thomas welcomed us all to hell, it’s awesome that the head-rubbing tricks that I can’t even name are just as encouraged in 2010 as they were in the early 90s. Soulet starts as Nyberg will later carry on, be prepared to scratch your noggin a lot with this one. 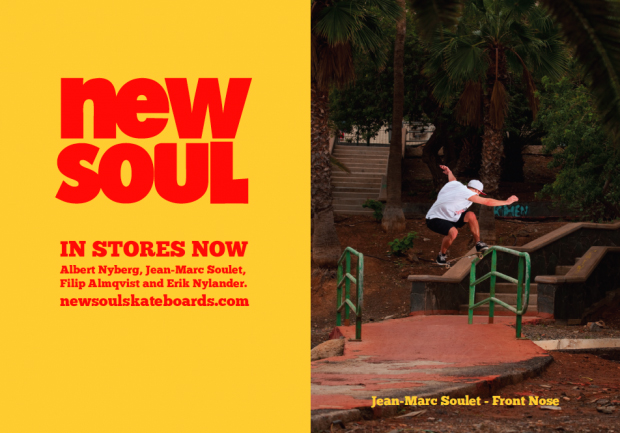 After a brief segment set to awaken memories of how frustrating it is making a skate video , Filip Almqvist is quick to remind us how rewarding they are when they’re finished. Almqvist boasts an accomplished style that both summons and rises above the aforementioned well executed simple trick trend, often tailsliding that extra foot of two before getting that compulsory flip out. Erik Nylander shares his song and is a fresh blood who is running down the path to blowing yo’ mind in the future. Watch out for this kid. Just try not to be jealous by how disgustingly potential-ridden he is. Skating with the likes of Jean-Marc, Filip, Abbe and friends can only be fun, constantly motivational and inspiring; such is the vibe of this entire 15 minute video.

The calm before the storm comes in the form of something that’s always been a personal favourite feature in skate videos, the collection of goofy footage. Rather than save these for the often-skipped credits, here we see the stuff that really makes going out skating fun set to a tune reminiscent of the similar in between section snacks that cut up Flip Sorry. Then it’s up to Abbe Nyberg to close the video and we all know what happened there. If you don’t, then join in on the viral fun and tell all your friends because the reason why this section has been posted everywhere is for a genuine reason. It’s not because he does stupid backflips down stair sets, it’s not because he does tricks without looking, it’s not even because he has an awesome elmo jumper, it’s because he’s a straight-up amazing skateboarder. Like, properly holy shit amazing. 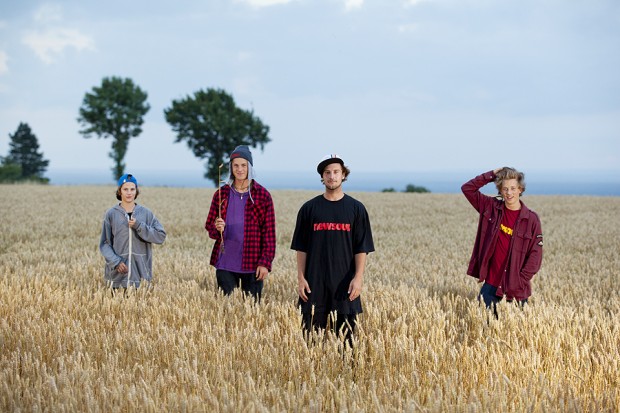 But let us not forget the big picture here, Newsoul as a collective are exactly what they claim to be: an honest skateboard company whose focus is to bring together people through a mutual love of skateboarding, having fun and apparently cool elmo jumper. From the plethora of youtube comments alone it seems that they’ve achieved exactly that despite only being in business for a year. They’re already receiving emails from those wishing to buy their products from outside Sweden so say what you want about videos going straight online… if you’ve got a message to put across then there’s nothing stopping you from getting it out there now. If it’s as good as this, people will not only pay attention, but talk about it. Lots.