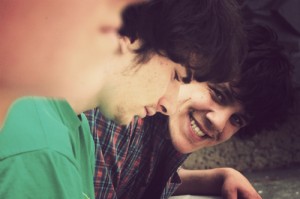 Einmal Reicht (or ‘Once Is Enough‘) is at once an eye-opening scene video from the young, Berlin-based Chinchilla Crew and a further example as to why professional filmers need to step up their game. In the hands of Nico Kasterke, one can be sure that a camera will be put to good use and put some of the industry’s entry-level standard filmers to shame. We live in a glorious age. In the same way that the internet has rogered the music industry but placed the tools of production into the hands of the many consequently opening the doors for wonderful musicians we may never have heard of in previous generations, here we are able to watch Eimal Reicht online for free. When made the most of, living in the disposable footage generation isn’t always a bad thing. This is one of those golden examples that remind us how lucky we are to be in a smaller world where we can witness such talented skateboarders and filmers right from the beginning.

After a textbook introduction complete with shameless benihanas and a shit-the-bed backside 180 we’re introduced to Nino Ullman who seems to be having a bit of trouble at the Kulturforum. He later redeems himself with a disgustingly nonchalant b/s 5-0 fakie the hard way at the same spot before taking his sleepskating style to a variety of spots across Europe with a deep bag of tricks including one potentially lethal switch f/s bigspin. We’re off to a great start. Next up is Nepomuk Herok is a literal little ripper. He’s not as far away from the sky as some of Flip’s notorious young gunners but he can rip just as hard. This is the kind of section that makes street grabs not only legit again but rad too. Nepomuk can tuck knees over nipples in a way that’s probably illegal for someone his age.

Max Von Nolting follows a gruesome rib-cruncher with some steezy lines at Berlin’s famous benches. He’s swiftly shoved aside in a very Nick-Jensen-in-Static-2 style introduction by Mortiz Zimmerman who preludes a banging friends section by holding his own with some solid ledge bangers and some quick-footed lines.

It’s already been mentioned but the friends section really is fucking great. I watched it twice before moving on to Brian Rietze who’s got a cool lanky steeze that I can relate to. I really dig that he’s not afraid to get that foot on the ground and do some double flips too. Tim Wixwath steps shit up with a rad boneless 360 to get me excited. Those who suffer from boniophobia need not apply, but this kid is ruling. He kind of skates in a weird crunked out Beagle way and I like it. 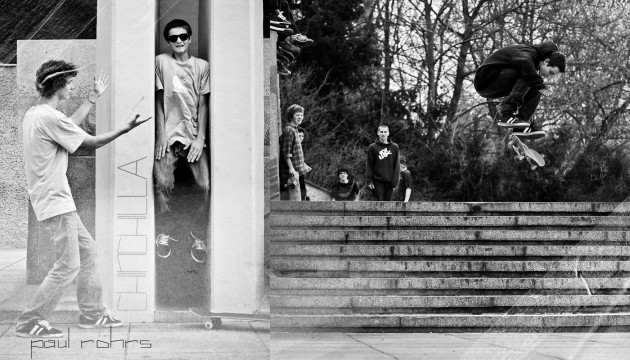 Georg Balchamischvili will never hear me pronounce his name correctly but he will perhaps read me write some props for his last trick. Unexpected and gnarly as hell. Reik Manig doesn’t take more than three tricks to instantly become my favourite skater in this video. He’s got style, plenty pop, mad trick selection, gnarly spot choice and balls. After a leg-splitter that would send most packing he steps back up and gets shit done. There’s a front wallride grab out over some stairs that will make you pay attention to whatever this guy is doing in the near future for sure.

Paul Röhrs takes one to the face for the team but delivers a sick section to match how sickening his opening bail is. Expect some pro-standard tech, huge nollie heelflips and lots of smiles. Farid Ulrich claims the last part for good reason, it takes a lot of style and substance to be given the honour of a cover shot for Place Magazine. You’ll find style and substance in abundance here.

You can watch the entire video below. Props Chinchilla Crew, this shit is über and watching this once is definitely not enough.