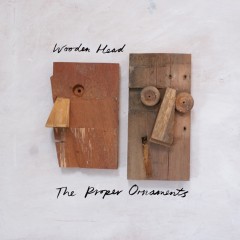 The Proper Ornaments are what you could call a band of enigmas. Materialising sometime back in 2010, The Proper Ornaments rocketed into the music blogs with their fantastic debut single ‘Recalling’, followed by, well, not much at all. A promising EP in 2011 was again met with praise from the blogs, but was trailed by little else. However, regarding the bands history, and the other pie’s it’s two main contributors have their fingers in, it’s no wonder this debut has been a long time coming.

Primarily comprised of Max Claps and James Hoare, their song writing partnership can be traced back to a second hand clothes shop. So the story goes, Claps struck up a conversation with the clerk –then, James Hoare- to divert his attention while Max’s girlfriend of the time attempted to steal a pair of boots. As it happens, the two got on like a house on fire. After finding solace in a shared love of The Velvet Underground, the boot heist was history and The Proper Ornaments’ seeds were sown.

Now, emerging from the shadows once again, the irregular musical career of The Proper Ornaments becomes just. With Claps having spent the last few years flitting between a number of musical projects, most recently Lets Wrestle, and Hoare’s permanent role as song writer with Veronica Falls, this debut album has been a long time coming. And after the first listen, it’s certain to say that Wooden Head was worth waiting around for.

Easing in to the first of its fourteen tracks, album opener ‘Gone’ is a laid back ode to the lofty guitar hook and blurred vocal, setting the subdued tone for this twee LP. But be careful when you say ‘twee’, mind. Things aren’t buffed to a sheen and polished to perfection here, this collection of songs holds a particularly warm and comforting quality. 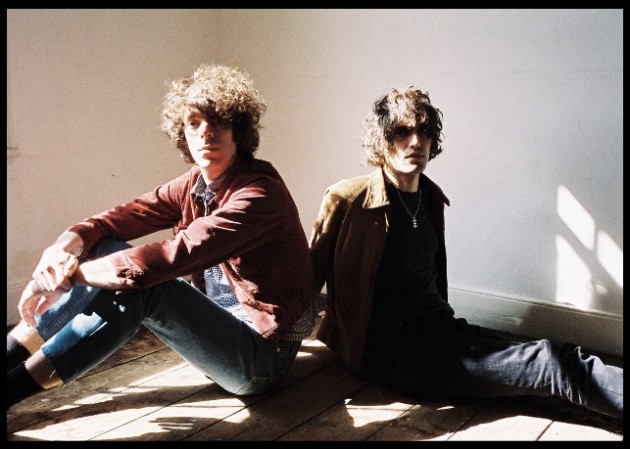 ‘Ruby’ sees the Ornaments channel Peter Buck style fretwork and a yearning Michael Stipe-esque vocal into a three minute, sun-kissed spectacle. With more dizzying guitar reveries found on ‘Now I Understand’, the highlights of Wooden Head come at the half-way point, with the kraut infused ‘Stereolab’ cooking up a hypnotic haze that never wearies. Kept awake by a motoring bass line and suitably subtle guitar hook, ‘Stereolab’ oozes warm, psychedelic cement, keeping you fully stuck to this record for the second half.

When it comes to riffs, ‘Always There’ is another track on this album that just keeps on giving, with dark, surf guitar tones escalating to a higher sonic level. ‘You Shouldn’t Have Gone’ is arguably the dreamy climax of this entire album, as well as the second half, veering away from the softer sounds found on Wooden Head to explore some twisted, psychedelic garage territories. Building up to an ear-bending guitar solo, this track is tainted with Brian Jonestown Massacre vibes and is to be played at no less than full volume to ensure maximum sedation from these soothing sounds.

Wooden Head is a record that feels natural and organic, each track holds a just-rolled-out-of-bed kind of closeness and intimacy. The song structures un-wind progressively, but never tire – there’s not a song on the record that breaches more than three and a half minutes. It’s a cool collection of lazy guitar pop that, while nodding to the past for inspiration, creates fresh, uplifting harmonies, tainted by a comforting gloom.

Wooden Head is due for release June 9th via Fortuna POP! Grab yourself a copy and spin it this summer.