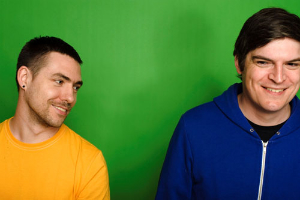 Like many, our first proper introduction to The Count & Sinden came when the Count used his full ‘of Monte Cristal‘ title and the wobbly, engrossing bassline of ‘Beeper’ was flooding into clubs all over the UK back in 2007. Being big supporters of Sinden and Hervé already we were hooked, and to bring one of our then-upcoming favourites, Kid Sister for a vocal re-release of the track the following year sealed the deal. Combined, The Count & Sinden are a dance music force to be reckoned with.

We caught up with The Count (Hervé) for a Crossfader insight into their debut album Mega Mega Mega, how they started producing music together, their reaction to ‘Beeper‘ blowing up and who they’ve got their ears tuned to.

So, you two have been mates for a long time, how did you first hook up?

We first met at Dave Taylor’s (Switch) studio, got on really well and decided to do some tracks. The first thing we did was the 4 track EP that had ‘Beeper’ as one of the B-sides and it all took off from there!

I suppose the first time most people became aware of you as a production duo was on that very track, ‘Beeper’, with Kid Sister vocalling the track. Did you know at the time that you were making such an anthem? That track was played by everyone when it came out!

No not at all, it was a B-side. We didn’t think many people would play it, we just wanted to do a garage/hiphop tune with crazy warping bass, so it came as a big surprise. When we had to vocal it we really wanted to keep the US hip-hop vibe on the vocal and we had heard some of Kid Sister’s early tracks and A-Trak hooked us up with her. She did a fantastic job and was brilliant in the video.

How did the hook-up with Domino come about?

We knew we wanted a label that would allow us to do a proper album so as soon as we got interest from them they became front runners. We really liked the fact that the label that put out Pavement, Royal Trux, Arctic Monkeys and Franz Ferdinand wanted to sign us, it appealed to our sense of doing something different. They support their artists in such a fantastic way, too.

This album has been in the pipeline for a while, was it hard to get it done what with touring separately as DJs?

If you think about it there is a lot of time in between, but we didn’t just want to put out the first bunch of tunes we made. We really wanted to keep going until we had the songs to make the album as good as we wanted it to be. We never had any pressure from the label, and Laurence (the label owner) just encouraged us to keep going until it was right. It was and still is a massive learning curve doing this album, it’s been an excellent experience. 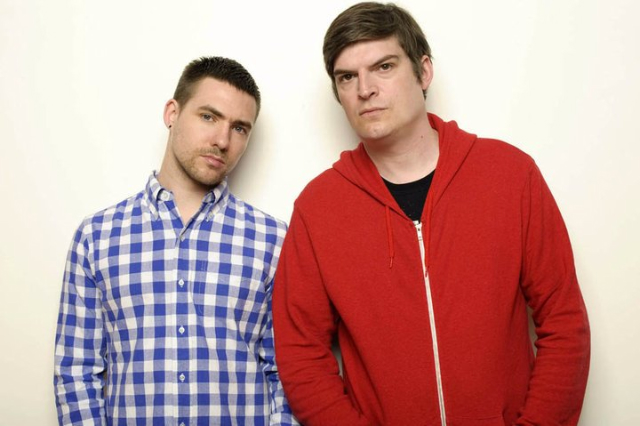 When you first sat down to make the record, did you specifically want certain sounds on there? That is, did you think you wanted a B-More beat, a rock track, a hip hop track? Or did it flow naturally and your tastes just come out as a result?

It was more natural I think. We sat around a lot before going in to the studio soaking up lots of music talking about how we could do things and thinking up interesting ideas. We wanted it to be varied and exciting but sound very ‘Count and Sinden’.

Similarly, there are a number of vocalists featured from Rye Rye and Katy B to Bashy and Mystery Jets. Did you go looking for any of these without having met them before? Or was it more a case of bringing your mates in to help out with the song?

Some of them were friends but it was more about bringing people in on merit, how much we rated them, than just being friends. We didn’t want to put tracks out simply because we made them, they had to be right.

The electronic music scene in the UK is huge right now with artists from Mount Kimbie and James Blake to breakout commercial stuff like Magnetic Man – is it as exciting to be a part of it all as it is for fans to hear?

Yeah totally, it’s great. Some excellent music is coming out across the board and it feels like a great time to be making music. 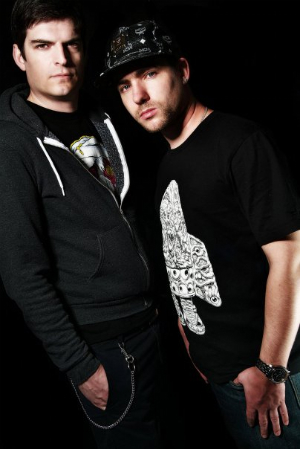 Being able to DJ your music all around the world, have you had good reactions when you drop tracks from the album. And conversely, were there tracks that you had originally planned for the record that didn’t get a great response from the crowds? Seems like that might be a good litmus test.

Yeah some tracks got changed or dropped because of reactions when in the club. For example Mega just worked from the very first time and wasn’t changed but others got altered because they were too long or the mix needed tweaking.

Horrible questions I’m sure but is there a track on the album you like most of all? Why that particular track?

It changes everyday, but today I think it’s ‘Addicted To You‘ because that’s our next single. Big church organs!

What else do you both have coming up outside of Count & Sinden? Anything forthcoming on Cheap Thrills and/or Grizzly?

We both have loadsa great stuff coming out on our labels! I’m working on my solo Hervé album which I’m hoping it will be out early next year. I have lined up some great singers to guest on a few tracks.

Are there any artists coming through that you think people reading this should know about? What I’ve heard of Mele sounds really big!

Yeah Mele’s doing some great stuff. I’ve signed a kid called Baxta (he also records as Rufio) to Cheap Thrills who has remixed the next Count and Sinden single and also the new Speaker Junk single. He really is great for someone his age, you can grab his Mr Sinister EP at beatport now.

Listen to and grab the mix below and while you’re at it, watch the zombie disco fun of the video for the forthcoming single I’m Addicted To You‘ available on November 8th.