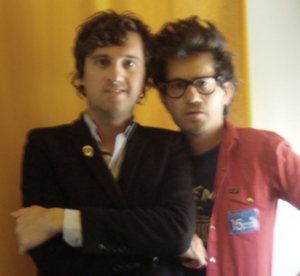 With a string of sold out shows under their belt taking them to all four corners of the globe and a Grammy Award winning album for Wolfgang Amadeus Phoenix, we catch Laurent Brancowitz and Christian Mazzalai of Phoenix at Fracophone festival Francofolies and ask if they’ve picked up on any influences on the way and shaping where there heading to next…

You’ve been on the road for a long while now, without much of a break! Do you find time to pick up any new literature on the way?

Christian: Right know I’m reading Deleures –  a French philosopher who writes about cinema. It’s very complicated, quite complex but we have a profound respect for cinematographers…

In terms of developing you music video it must help reading these philosophers and critiques – would you ever try you hand in making a music video? You must be very involved in the process…

Christian: As we have a lot of respect for cinematography as an art form it would be something very hard for us to create ourselves. It’s a very rich art form that we couldn’t attempt to create  – we wouldn’t know where to start! It would take ten year worth of work on our part – as we have ten-year worth in music – to be good at it. We very much respect that craft and tradition.

On the other hand and we really love the fact that now with Youtube other people are creating their music videos, showing their visions and interpretations. We think it’s really cool – there are quite a few amazing ones for Lisztomania. They’re some of our favourites.”

As you are so impressed with some of the ‘alternative’ videos out on Youtube would you consider allowing a fan to direct an official music video…?

Laurent: The beauty with Youtube is that we don’t have any involvement – fans have made the video for themselves. The videos have a life of their own and gaining hits so we feel we don’t want to meddle with the process.

You are playing Field Day which is considered as one of the most important festival for alternative music – is it still important for you as a band to still acknowledge your alternative rock origins? Some bands throughout the careers have consciously changed direction throughout their music careers however Phoenix has remained constant. Was this a conscious decision?

Christian: We’ve never questioned this as this is something that has never crossed our minds but for us it’s very important to be, and still remain part of a counter culture – and to play this kind of festival.

Why have you decided to perform at Francofolies now? It’s one of the most highly respected music festivals for artist of French origin….

Christian: It’s a Francophone festival yes but it’s the first year its been open to other language but with French origin.

Any new acts which have caught your attention on your travels? 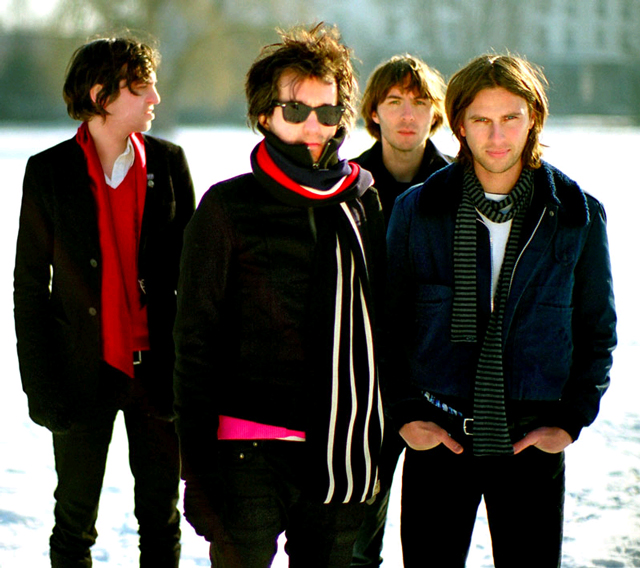 On Hype machine there are dozens of new remixes that filter through the chart regularly. Do you approve many of these remixes that spread across the web?

Christian: Some of them we put on our blog – we love the idea that our music is being engaged with.

We’ve actually released a collection of our favourite remixes out there – it’s semi official, but it’s out there……

You’ve been together as a band for a long while, and being based with you music community, you’ve seen your peers go on to great things (Previous incarnations include short-lived band Darlin’ who Laurent, Christian’s older brother had formed with Thomas Bangalter and Guy-Manuel de Homem-Christo who together became Daft Punk) and success feels like its long time due  – have there been any fundamental changes with being awarded with a Grammy for instance?

Laurent: It’s meaningless but it makes things easier. We wrote this album with a few friends in mind and our idea was to touch very people with it – that was our goal.

Christian: It’s impossible to try to please everyone so this time we tried to please as few people as possible – but within intention to please these friends a lot – and it turned out to be the most successful album. One thing that did come out of the success of the album is put in a very good position, but it almost happened organically. This is album that sounds the most like what we were trying to do since the beginning of us recording.