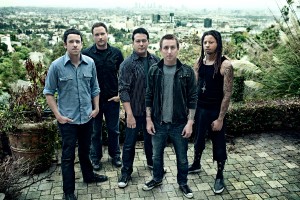 Following their two-year hiatus, breakthrough pop-punks Yellowcard have announced that they will be releasing their seventh studio album, titled ‘When You’re Through Thinking, Say Yes‘ on March 21st 2011 through the revered indie label Hopeless Records.

The band have also announced that they will embark upon their first UK tour with All Time Low next year.

They play the following dates in March: