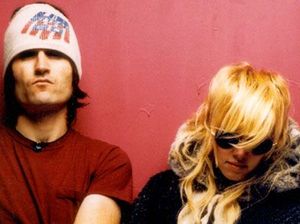 Neil Hagerty and Jennifer Herrema who made up the legendary Royal Trux were well ahead of their time. Their amazing drug-fueled blend of rock and roll was one of the most underground sounds of the 90’s and inspired an entire bunch of bands that are around today, such as the White Stripes and The Kills to name just two.

The Spectre was released on their 4th album Cats and Dogs back in 1993 and was played over and over within LSD sessions back at our residence at the time. Get on the Royal Trux trip this week and search for the re-issued albums that Domino Records just released in January, if this band is new to you then this message will be gratefully received.