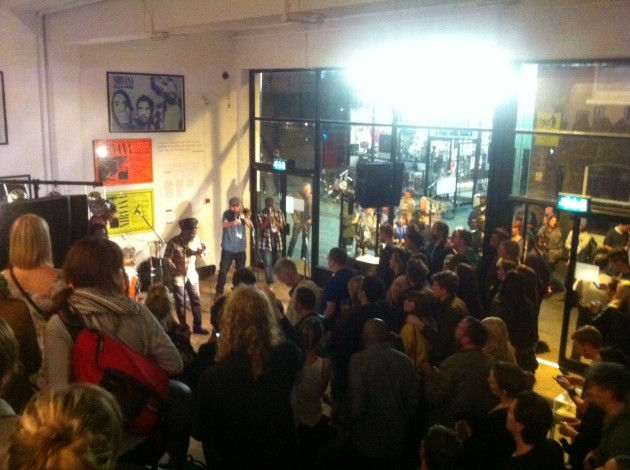 To celebrate 20 years of the release of Nirvana‘s epic album Nevermind, a major Nirvana exhibition opened last night in Brick Lane that was packed to the gills with people on the opening night.

In Bloom: The Nirvana Nevermind Exhibition opened it’s doors with a live set from dub artist Little Roy who played a set of Nirvana covers in a dub stylee to a bunch of smiley, happy faces who were supping on free rum and gingers.

Special guests, music artists and even footballer Joey Barton turned out to soak up the fantastic photos from various photographers who have documented the band over the years, including the legendary Steve Gullick. These snaps sit alongside various Nirvana memorabilia that fills the large space opposite Rough trade records East store and also has some interactive fun for tech geeks to play with amongst traditional flyers, gig posters and many more amazing memories from the grunge era.

If you are in East London in the next 2 weeks then pop in and see what’s on display. The exhibition runs until Sunday, September 25 and is open from 1pm-7pm daily at The Loading Bay Gallery, Unit 4- 5, Dray Walk, 91 Brick Lane, London, E1 6QL.

On Thursday, September 22, there will be a special playback of Nevermind, followed by a a session with a guest panel. Limited to just 100 people, tickets cost £15. For the rest of the time, it’s free entry.

Local fact: Crossfire’s James Sherry (below) wrote the foreword for the Exhibition that you can read on the right hand side wall as you walk in. 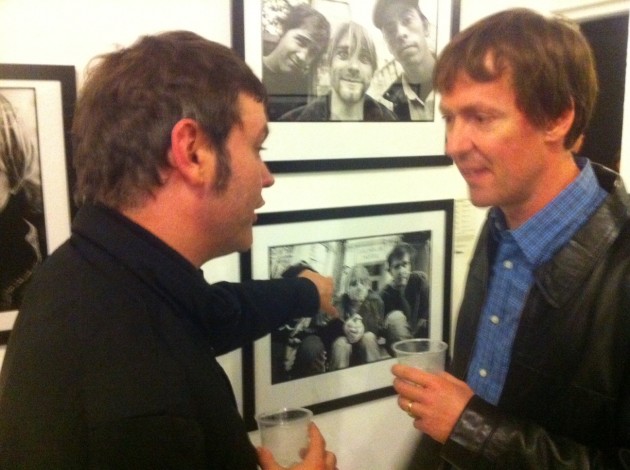