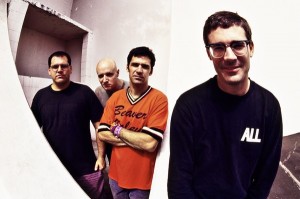 The Descendents have been confirmed to play London’s Shepherd’s Bush Empire on April 25th.

Following the announcement that the Californian band will play Belgian festival Groezrock two days earlier, The Descendents will also appear at a seemingly one-off date in London.

Tickets go on sale this Friday 17th December at 9AM. With no other scheduled UK performances these are likely to disappear fast, so sleeping on this would not be advised.