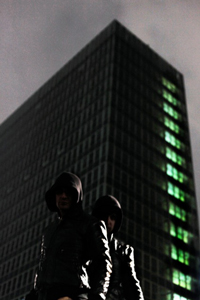 Brighton based dance twosome, the self-proclaimed ‘shrouded in darkness’ South Central have announced that their new single ‘Demons‘ will be released on October 25th through Citizen Records.

The single marks their return from a two year hiatus and the first taste of the production duo’s new album ‘Society of the Spectacle‘ due sometime early next year.

You can stream ‘Demons‘ below, and look out for the single when it drops as it’s backed with the promisingly titled B-Side ‘Nietzsche Vs Nurture‘ and a remix from buzz producers Reset!