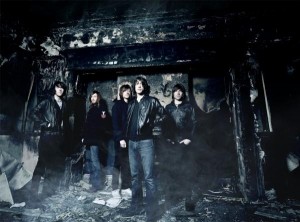 Liverpool’s Sound of Guns will be releasing their new single Elementary Youth on September 20th through Distiller Records on vinyl and download formats.

The band will be touring with Detroit Social Club in October following performances at Reading and Leeds. The tour dates are as follows: