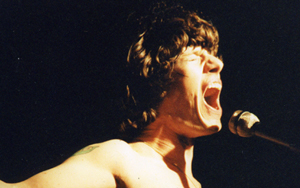 Bobby Conn’s massively acclaimed record ‘Rise Up!’ has been scheduled for a remastered re-issue release on November 29th.

The release will be supported by a mammoth European tour including four UK dates where Bobby will rise up and play the album in its entirety.

He will play at the following dates: