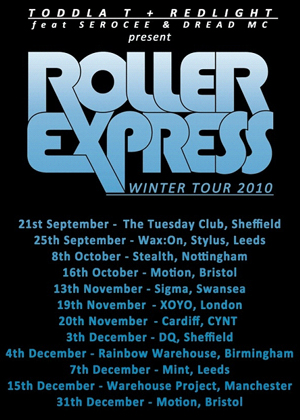 The duo will be touring under the name Roller Express and their tour will take them all over the UK. The collaboration has already been debuted with soundsystem workouts at Notting Hill Carnival getting them acclaim. They will be hitting the road with MCs Serocee and Dread at the following dates:

To get you in the mood, check out the latest hit on Redlight’s production conveyor belt with Mz Bratt on the vocals: