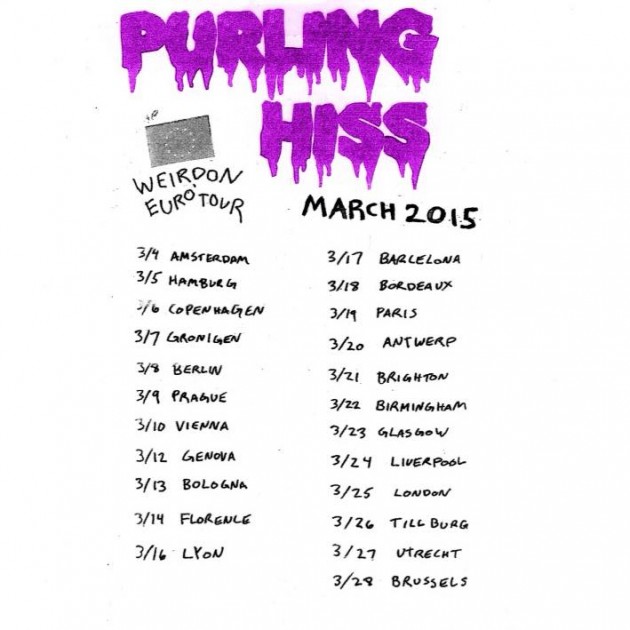 After blowing our heads clean off with the searing hot garage rock of their 2014 album, Weirdon, Purling Hiss have announced a full European tour taking in 23 dates through March.

With their tube amps cranked high and cooking to boil over, Purling Hiss’ live set is heralded as a whirlwind of chaos and disarray. Expect a tidal wave of riffs, fuzz and syrup-sweet hooks. We can hardly wait for the London show at Corsica Studios on March 25th.