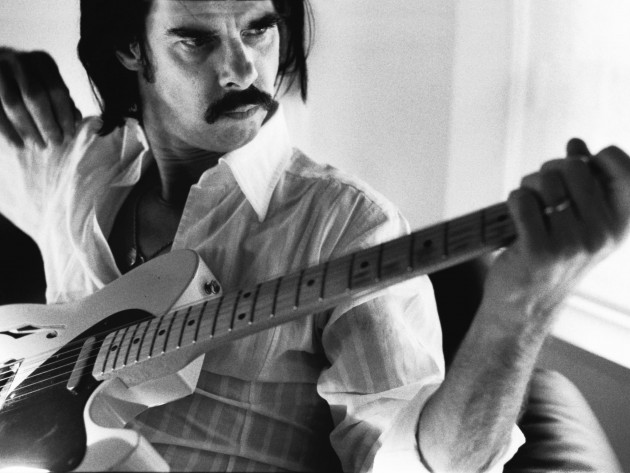 Airport, car, dressing room, stage, hotel, repeat. Life on the road can be gruelling and mind-numbing at the best of times, and it seems only the most fiercely prolific of artists can curb the boredom of travel and be creative in seemingly uninspiring conditions.

Nick Cave is one of those artists, who, during a 22-date tour across the United States, spent his time in the air drafting and doodling ideas for a new book concept on the back of in-flight sick bags, which soon evolved into a “full-length epic, seeking out the roots of inspiration, love and meaning.”

The 176 page work, titled The Sick Bag Song, is described by the singer as sitting somewhere between The Wasteland and Fear And Loathing In Las Vegas. It is available via Canongate from April 8th via thesickbagsong.com only.

Watch the trailer for The Sick Bag Song below and return to Cave’s website over the coming weeks to watch five short films, produced by the film makers of 20,000 Days On Earth, in celebration of the book.