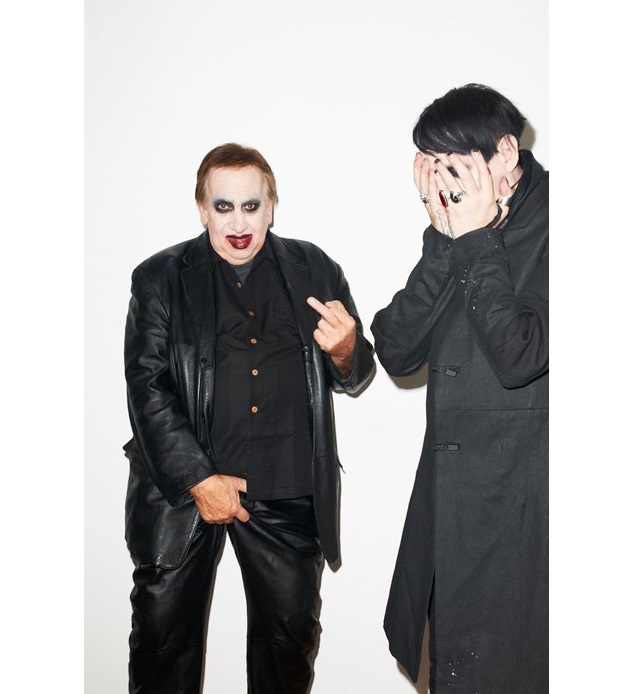 Crowned king of the freak show, Marilyn Manson, has revealed he actually has a real-life human father, despite customary beliefs that he is an extra-terrestrial being. Unsurprisingly, his old man is just as wacky as he is.

In a recent shoot for Paper Magazine, Hugh Warner, father of Brian, showed his utmost support for his son’s musical career by appearing alongside him in full make-up. In the accompanying interview, Manson Jr reveals, “the first time I saw my dad in makeup was, ironically, the second concert I ever went to. He dressed as Gene Simmons and took me to the Kiss ‘Dynasty’ tour when I was 11. And people were asking my dad for his autograph.”