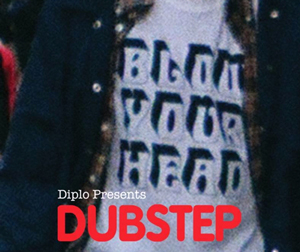 The constantly genre-hopping producer extraordinaire Diplo has compiled a definitively vast collection of dubstep that is set to be released in the UK on November 29th through Mad Decent/Co-op. It will be the first volume in the labels new ‘Blow Your Head‘ series of compilations.

The hand-picked compilation purposefully refuses to answer the frequently asked question ‘just what is dubstep?’ The variety in Diplo’s favourites looks set to dispell any genre stereotypes and open up many to a world of music that has bubbled, wobbled, scuttled, bounced, bleeped and buzzed throughout London and the world during the last decade.

The album linear notes sees Diplo fondly describe dubstep as “a sort of great nephew to Reggae”, the bastard child of Dub that took influence from Jungle and Dancehall and then “ran away to do drugs in London and start a band with no money, just a laptop with a few cracked programs it found on torrent sites.”

The tracklisting (previously unreleased tracks are marked *) is as follows: