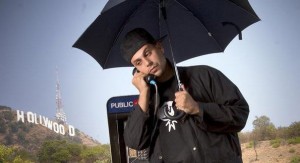 Evidence will be releasing his first Rhymesayers album on September 26th.

The Dilated Peoples MC and producer will be dropping Cats & Dogs, marking the first album released on rap powerhouse label Rhymesayers, home to Atmosphere, P.O.S. and Brother Ali amongst others.

To celebrate the album, which features appearances from Slug, Aesop Rock, Raekwon, Aloe Blacc and Mobb Deep’s Prodigy amongst others, he has dropped new visuals with Fashawn. It’s a banger.