It was only two weeks ago that Death Grips released another epic album pushing their unique cacophony worldwide through the web but tonight they have just announced that enough is enough from this statement below. All we can say is that if this is to be true thank you so much for bringing something so special to the scene.

“we are now at our best and so Death Grips is over. we have officially stopped. all currently scheduled live dates are canceled. our upcoming double album “the powers that b” will still be delivered worldwide later this year via Harvest/Third Worlds Records. Death Grips was and always has been a conceptual art exhibition anchored by sound and vision. above and beyond a “band”. to our truest fans, please stay legend.” 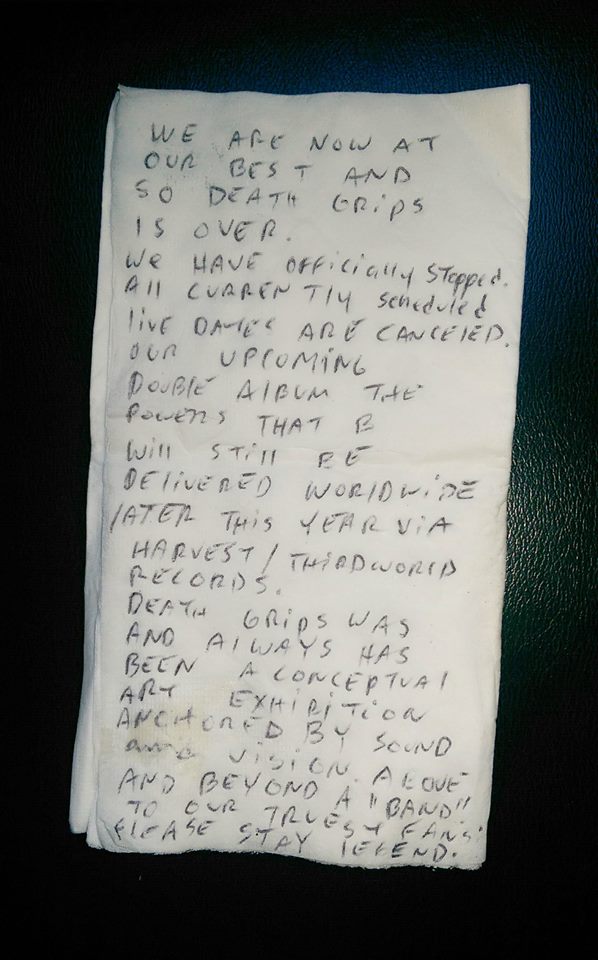