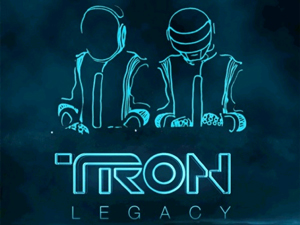 Having watched a 23-minute preview of the film, the LA Times journalist confirmed that the definitive French Electronic production duo that popularised anonymity and masks among bands and producers alike will indeed be making a cameo appearance in the film. Their actions in the scene was described as triggering ‘a barrage of digital fireworks’, which sounds kind of absolutely awesome.

Further information about the soundtrack which has been highly anticipated by many, including one Rick McCrank, has also been shared in the article. The music has been described “an Art of Noise-meets-Giorgio Moroder-meets-Aphex Twin kind of vibe” and “a soundscape that mashes up Metallica’s “Enter Sandman” with something Ennio Morricone might have composed for a spaghetti Western”.

Daft Punk – Tron Soundtrack (Sampler) by Some Kind of Awesome