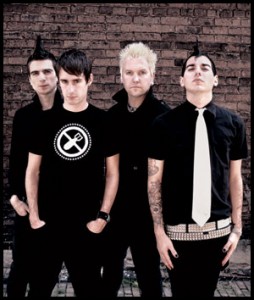 Anti-Flag will be releasing their eighth album in March.

The General Strike, which features 13 tracks, will hit stores on the 20th of March and the band have described the record as their “most aggressive to date with influences ranging from hardcore to modern folk punk.”

The album was recorded and produced in their own home studio and you can check out a song from it by going through to their Facebook page.