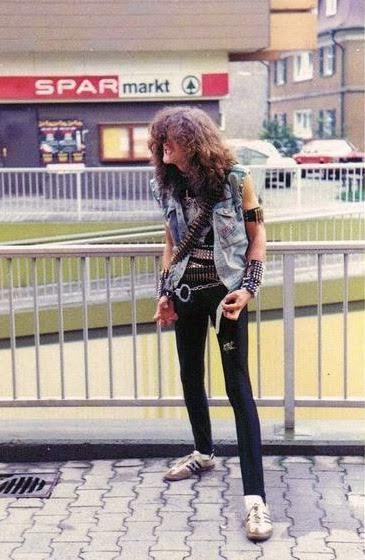 This band go so deep. They are from Melbourne, Australia and they ain’t your usuals. You need to take time out to discover Tropical Fuck Storm, as once you are in their own manifested and poetic cyclone, you will find it hard to exit unhappy. Take this new video as a taster and then drown yourself in the main course titled A Laughing Death in Meatspace. Contender for Album of the Year.

A. Swayze & The Ghosts – Suddenly

Musicians from down under are popping up with rad music projects every month, so say hello to the next wave of stoke, this time, from Hobart, the port town of Tasmania. A.Swayze & The Ghost have punk roots and a driving passion to make you dance your arse off! Keep an eye out for them as they seem to have all the ingredients for a British invasion just on this one tune alone. For lovers of Stooges, Strokes, Parquet Courts, and The Saints. Follow their development.

This Brighton based sex machine were featured a while back in another Buzzbombs and return with simply one of the most wonderful tracks of the month that oozes style, sophistication and songwriting genius. Follow them on Fuckbook.

This can only be described as the brutal sound of rabies!

This ain’t no new video but gives you an idea of how good Pardans’ live show is. This Copenhagen noise machine are coming to the UK at the end of November for a full UK tour. Miss them at your peril. Dates and new album here.

If you were onto The Men’s early material then re-discover their phenomenal noisy intro from yesteryear in this treat from Sacred Bones, where Ailment here currently lies in a recent compilation called Hated. The masters of multi-genre wizardry have gone on to release bundles of delicious albums since and blown our ears with everything they do. Find this old slice of gold here on vinyl for the ultimate stoke and turn up volume to 11. The songs on Hated are pulled from a variety of sources — the debut demo tape, a split with Nomos, a 7″, a 12″ EP, and a slew of unreleased demos, outtakes, and live recordings.

Brooklyn’s music scene is more alive than ever right now and Good Eye seem bang on it. Darkwing have surf punk vibes and love a crunching riff. These two tunes are from their new Super Silver EP that you can pick up here.

There’s nothing like finding a nugget in the rough when on a mission to find some new tunes in the jungle of tinterweb. Just stumbled across this album for those who love a psychedelic twang inspired by their 60s masters. Move your shoulders and the rest of your body will follow.

Melodic punk rock with short songs and spitting energy from Minneapolis. This is Color TV’s debut and will serve lovers of who dig the vibes of Zero Boys early Husker Du and other wonderful punk bands from the good old days.

The Smoking Trees – Who Is The Villain? (Burger Records)

Time to take it down a notch with LA’ outfit The Smoking Trees, who have nailed a beautifully laid-back psych number here that moves with style and nonchalance. Look out for their album that is freshly served right here.

Sick Bookies come from Lincoln, a city which started out as a fortress and rolled out the invention of the tank apparently, so with all this warfare in mind, this peaceful approach to their psychedelia seems like an anti-historical fix for your ears in 2018. New album Ad Nauseam is freshly released so dive into sounds that are familiar, but not entirely Ad Nauseum per se. They have a wonderful lo-fi concoction of radness going on that you can devour in full, sitting somewhere between the Chocolate Watch Band and Pavement, here.

The magic of Tunng is back with electronic bliss in video form taken from their new album, Songs You Make at Night. This is early morning sunshine for your autumn/winter hibernation period.