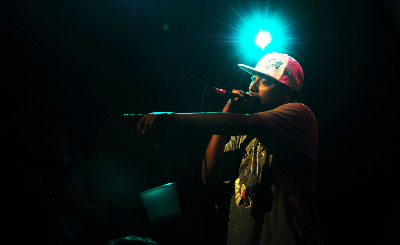 There is something honest about the DMCs; it’s almost like the last bastion of the hip-hop culture that hasn’t been diluted. The UK has a long legacy of greats in the genre and hopefully this night will help eliminate those that aren’t yet worthy, and produce a legitimate contender to battle for the world crown.

For those that don’t know, this is broken up into two contents: the head to head Battle for Supremacy, which is fought over ninety second bouts, and the main Championship is over a more controlled six minute set. The judges are all on point; most are ex-world finalists themselves, so we are in safe hands.

The Battle for Supremacy is the aggressive side of battling, after plenty of DJs were drowned way out of their depths, the final head to head was the only fair battle of the night: DJ Rasp, cocky as ever, and a confident Deceptakut. Now Rasp is a guy who more than taking pride in winning, takes pride in destroying his opponent. He made it to the final bout without extending himself too much, and naturally went to work on his opponent.  The set was hot but Deceptakut came back with a quite not quite as speedy, but put a bit more “music” in to it and comes across way funkier. The judges could feel that and Deceptakut took the prizes, and a trip to the World Finals in October. I can’t wait to see what he cooks then.

The night was hosted by Billy Bizness and Inja, inbetween battles, Inja stepped up for the nights first PA and smashed it, rocking the grimey street classic “Hat Low”. This guy is way underrated, such a comfy flow.

The winner of these six minute sets gets a chance to stand up and compete with the best in the World Finals and a chance at winning the Gold Technics. Some very different sets appeared this year with DJ Downlow causing a stir in the crowd, but not with the judges, showing that bringing your crew might help you win a battle of the bands, but when champion DJs are the judges they are constantly comparing DJs against their own experience and skill level. Mr Eclipse was victim of the customary “technical difficulties” and Killer Tomato also had troubles with his kit. 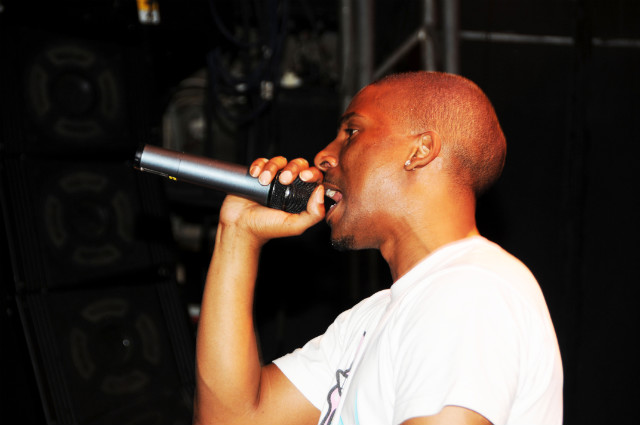 The badly named Johnny One Move came in with a solid set to get third, but Mike L returned to the DMCs with a fresh set that made everyone bounce, as well as keep the judges nodding in approval at his technical ability, but last years champ DJ Jeppa was the one to come through and take it by a single point.  Jeppa is an out and out turntablist, very serious, very crisp and might not come across as what you want from a hiphop DJ, but technically he is super tight and again goes to the world finals to rep for the UK. Best of luck to him…

The other PA’s on the night were from TY and a storming set from the elusive Klashnekoff. Due to the DJs running on a little longer, they had to work through a set of Klash-classics to make sure the crowd left feeling fulfilled. But fifteen minutes of Klash is probably worth the same as an hour of 90% of emcees out there. He was definitely on form to coincide with the release of his next LP, ‘Back to the Sagas‘.

So that’s the UK DMCS sorted out, the World Finals are in London again this year at KOKO on the 17th-18th October. See you there.