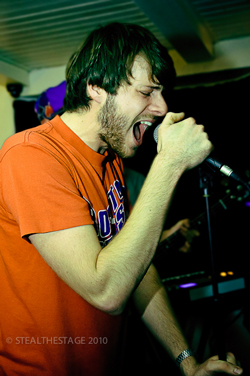 Stopping by the lovely Cornish port of Falmouth the travelling duo of Tubelord and Tall Ships cram into the cosy surroundings of 5 Degrees Below and turn the night into a well packed, highly inspired and justifiably sweaty show. It’s wet and its cold outside and there’s nowhere better to be than inside, watching some bands and sampling some local cider.

Local favourite Patrick James Pearson start the proceedings mangling his way through his highly original blend of Bowie inspired post-punk. The keyboard maestro furiously manipulates his sound into producing effectively wonderful songs, some moments even being reminiscent of …Trail of Dead and At the Drive In.

After a blistering performance it’s time for Tall Ships to contend their way on stage. Having attended Falmouth uni the trio are seen as local heroes and return to a rapturous welcome. As new recruits of the esteemed Big Scary Monsters label the band has to assert themselves amongst the most eclectic and vibrant bands around, such as Andrew WK, Walter Schreifels, Pulled Apart By Horses and tour buddies Tubelord. However strong their peers may be the Tall Ships really hold their own with their well crafted and unconventionally relaxed sounds. To describe them as math-rock may be justifiable enough; ‘Beanie and Dodger‘ is full of off-kilter rhythms, eccentric guitar loops and distinctive drumbeats. But it’s the groove about them that penetrates the band’s obvious technical abilities that makes them so fun and infectious, when they ended the set with their defining song ‘Vessels’ they had the whole crowd smiling and singing with joy. 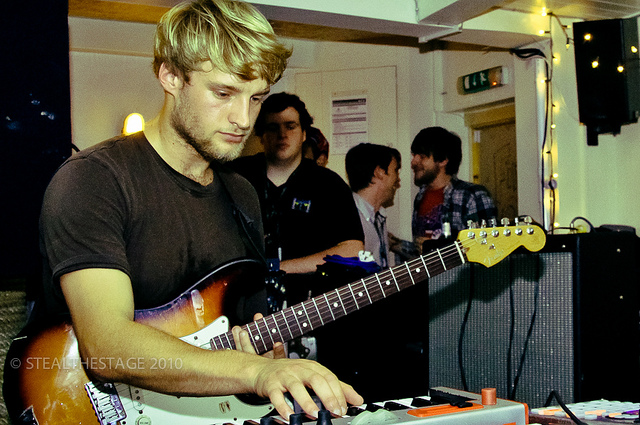 Tubelord are known producing some wonderfully crafted anthems such as ‘Ratchet’ and ‘Propeller’, and were guaranteed not to disappoint anyone who’s expectations were raised thanks to superb support acts. New song ‘Stacey’s Left Arm’ was delightfully erratic but the crowd played a deserving part in forming this intense set. From start to finish they were mouthing the words to every song and literally going mental, a pit even formed in the shoebox venue which guitarist Joseph Prendergast managed to penetrate and participate in. For me however, they lacked the overpowering groove that Tall Ships carved out earlier. Don’t get me wrong, Tubelord were great tonight and as rewardingly unconventional as their song-writing has proven to be, creating a warming experience for a cold and wet autumn night. But BSM’s newest recruits Tall Ships are probably going to be the ones making the biggest waves in the future. 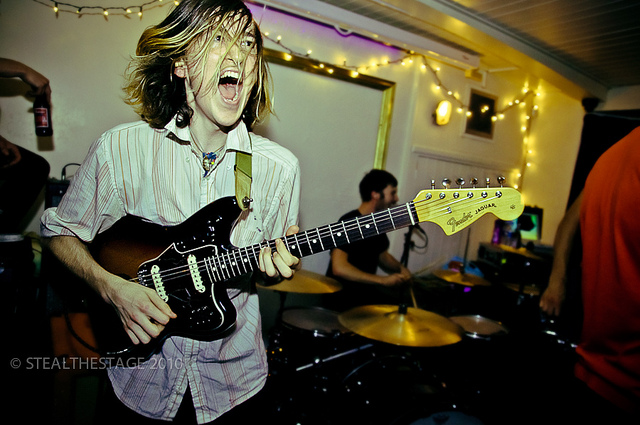