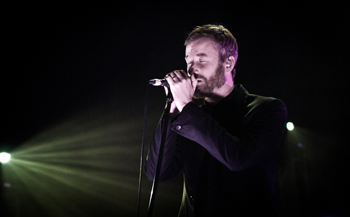 Only The National could have a sell out tour, and fill the Brixton Academy three nights in a row and still remain relatively unknown. This band is like America’s secret export which people are only just discovering, but they already have three incredible albums behind them. I jumped at the chance to see them while they’re here, particularly after hearing the write-ups they got over the summer. It’s fair to say I was a little bit excited about this one.

They began with an incredible ethereal opening, then straight into Anyone’s Ghost. Anyone who knows this band will know the power they have live, and eerie looped visuals made it an incredible show to watch. Mistaken for Strangers got everyone singing adoringly, but I couldn’t take my eyes off the drummer who absolutely made this song live. He made it look effortless.

The set mainly jumped in between Boxer and High Violet but it all fitted perfectly, and ended up sounding like an extended greatest hits. You couldn’t fault a single track. A personal highlight of mine was Green Gloves, which had been powerfully enhanced with a piano and a brass section. I don’t think this song would have worked live without the added punch, but there was an obvious consideration for what would suit the venue and the crowd, and it paid off. 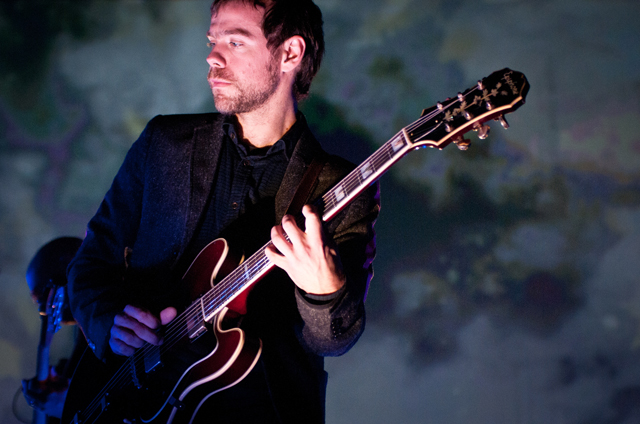 I was expecting quiet appreciation from the crowd but towards the end they couldn’t be contained. In the pit people were in a trance, packed in tight but still moving, and responding to every joke or intro. At the back, it seemed to be a couple affair and generally an older demographic, but that’s cool. We’d be proud if our parents had such good taste.

I couldn’t believe how fast the last hour went, but they came back on with an explosive version of Terrible Love before concluding with something none of us were expecting. The lights went off, the mics went off. The applause died down and they began an acoustic version of Vandalyle Crybaby. Everyone sang along, and anyone who shouted or spoiled the mood was told where to go by everyone around them. Suddenly the show became a group event which everyone was part of. It was the most incredible moment, and the best possible ending to their show.

I urge you to go and see them live if you can, I know I’d do it all over again if I could. 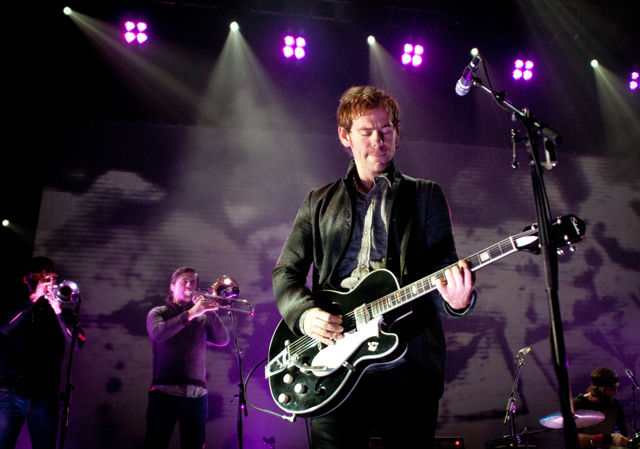