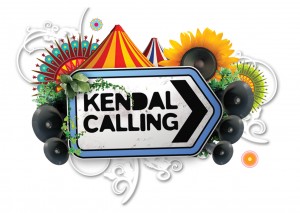 Lowther Park in rural Cumbria, an unlikely setting for what’s fast becoming a key festival in the Northern calendar. My first experience also happens to be the festival’s 5th birthday. Many fledgling festivals can fail to pull the acts and the crowds but Kendal has struck upon a winning formula and has grown up fast.

The festival offered a mix of acts ranging from melodic rock, to dance, to Mancunian ska. Friday night kicked off with a reduced lineup of Dub Pistols, Stereo MCs, and small festival regular Calvin Harris. The generally young audience wanted to burn off some early summer energy, and as a result bodies came flowing over the barrier. Photographers in the pit fell victim to flailing limbs, fainting girls and all manor of broken fancy dress props. It wasn’t only the crowd who were out of control, one techy intern pulled the plug on Calvin’s set leaving the mainstage silent for 10 minutes.

The acts for the next few days seemed to be put together at random, the only pattern being rock in the morning, afternoon reggae/ska, and calming down to indie or mire alternative acts early evening. Apart from Calvin’s set on the first night the mainstage headliners, Doves and The Coral, just didn’t the high energy performance the crowds were craving.

However, OK Go, Futureheads and Wild Beasts drew the majority of the crowd and held their attention for a full set. The Beasts opened with hypnotic rythyms and a boldly original sound. They have managed to create a brand that is unmistakably them, achieving success without following too closely to their influences. The Futureheads’ ‘Manray‘ was a personal highlight but it’s been disappointing to see them slip further down the bill compared to a couple of years ago.

One selling point of this festival was the Calling Out tent, which showcased a selection of the finest upcoming local performances. It was refreshing to see such a range of bands, but a consistant genuine enthusiasm for performing. There were some gems to look out for, including These New Puritans whose British ‘Art-rock’ style has put them in fair stead to support the XX, Klaxons, and Crystal Castles. And Danananakroyd, who appeared to be the pick of a Glaswegian youth club pumped up on substances I can only hope are legal. As mic stands went flying, they proved to be a challenge for the crew and photographers but a definite hit with the crowd. 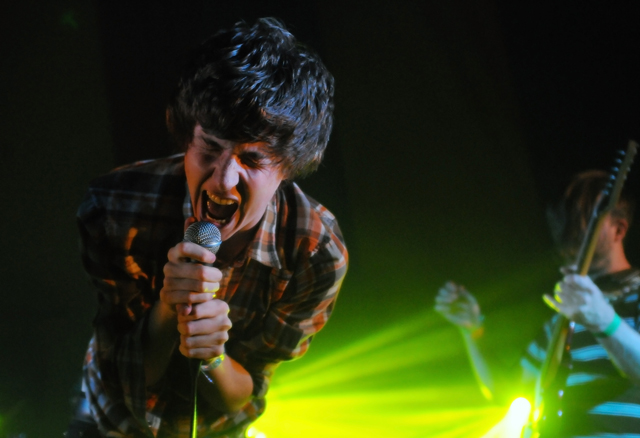 Sunday mainstage introduced me to the phenomenon that is Mancunian ska, a concept a Southerner may not be familiar with. I was pleasantly surprised after hearing and chatting to Kid British. These boys had manners any mother would be proud of and obviously had a huge local following. To ensure a mixed bag, Kendal threw in Badly Drawn Boy for some crowd sing alongs. He pulled the heartstrings by inviting his daughter to sing and play piano on stage with him. It was a great performance but maybe still lacking the kick the audience wanted.

As the festival was winding down there was a final burst of energy for the Subways, although Charlotte seemed to be the more popular member. The obvious choices ‘Oh Yeah‘and ‘Rock n Roll Queen‘ provoked a predictable high octane reaction and were many peoples’ highlights. And after an impossibly long set from The Coral, and satisfied with seeing a selection of the UK’s finest, the crowd retreated to the late night Jazz Cafe to dance out any remaining energy. A perfect way to end the festival of all genres. 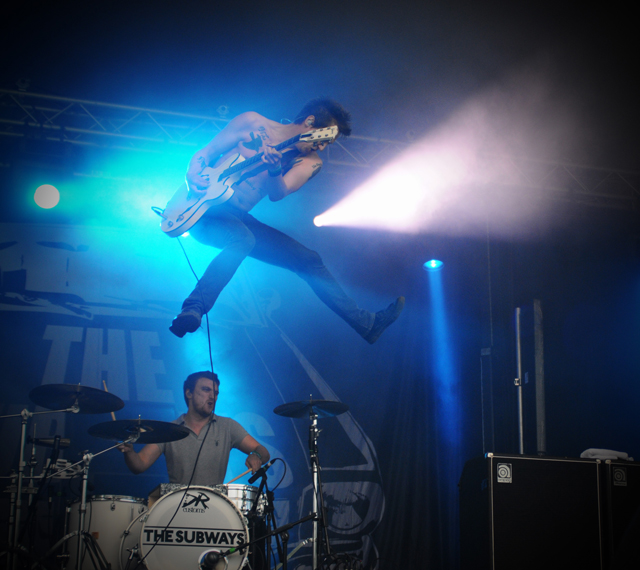 After a long weekend introduction to a Northern festival I have to say I was quietly impressed. Kendal is a great festival for people who don’t take themselves too seriously, and don’t mind the occasional crossdresser or arty types. I think what makes Kendal unique is the real inclusion of new local music. The Calling Out stage offers an atmosphere unmatched by any other introducing stage I have seen.

I’ve come away with a scrawled list of bands I can’t wait to check out when I get home, and that’s what festivals should be about.