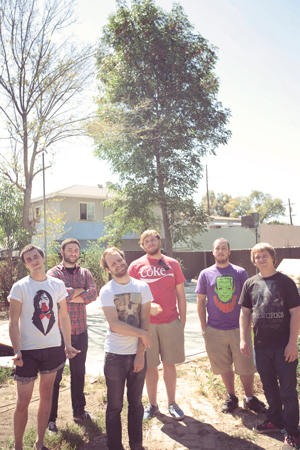 The Wonder Years have been making waves in the underground music scene with their upbeat pop-punk for a while but, having signed with Hopeless Records this year (who launched the careers of Avenged Sevenfold and All Time Low) and just being announced as the opening band on the Kerrang! Relentless Energy Tour next year, the Philadelphians look set to take things to the next level as they look towards their third album. Second album ‘The Upsides’ got a proper UK release the other week with a bunch of bonus material, following the original release of the album earlier this year on No Sleep Records. We caught up with singer Soupy to talk about the band’s experiences of the UK, what music makes him happy and how things are looking for the band in general. We also spoke to guitarist Matt about skate stuff after Soupy had his turn…

For a relatively new band, you’ve already been to the UK several times. How did each experience differ and how difficult / easy did you find it to make your own way over here?

With every experience things got easier. We lost less money, we rode in better vans and we slept more comfortable places and I chalk a lot of that up to meeting friends in the UK and having them help make our tours there possible.

You probably know a lot more about UK pop-punk than many people who actually live here. Which specific acts would you recommend and why?

All or Nothing are currently writing the best songs of their career and have added Paul (ex-Chaos Days) to the mix which should add a whole new dynamic. Basement are killing it on all fronts and just signed with Run for Cover records in the US. Save Your Breath are working on a new album now and  play a really energetic live show and Maycomb round out the softer side of the scene.

Hostels and Brothels is about some of your UK experiences, right? Were there any specific stories behind it?

It mostly centers around a wild party in Leeds that left one house and a lot of egos destroyed. 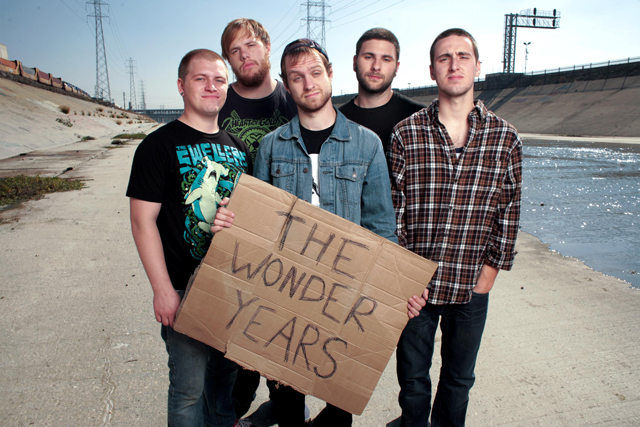 What’s the best thing about the band signing with Hopeless Records this year?

We get to work with an entire team of dedicated, hard-working people who care as much about the band as we do.

Why did you decide to spruce up ‘The Upsides’ for a re-release?

We wanted to give fans more. We were planning on doing another 7″ in 2010 but with the rerelease, that wasn’t possible, so just added more content toy he record.

How about your next album? Have you started writing or thinking about its release yet?

We have. The serious writing starts next month but we’re excited about where it’s going.

Do you think you’ll be continuing the positive theme or perhaps concentrating on another specific idea? Any plans to do anything wildly different musically?

I think the theme and music will be a natural evolution from Upsides. I have some ideas but nothing I’m ready to share yet and we’ve written some music but who knows what will make the record at this point. 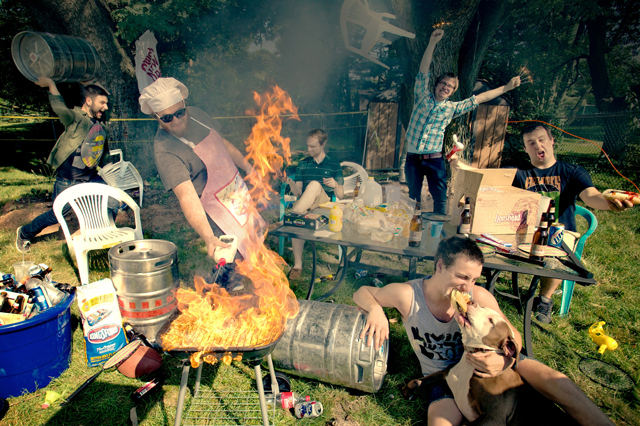 When will you be in the UK next?

We’ll be over in February opening the Kerrang! tour with Good Charlotte, Four Year Strong and Framing Hanley.

How do you stay positive when life starts getting a bit shitty?

What albums make you super happy when you listen to them? Why do you think that is?

The Get Up Kids- Something to Write Home About. It’s my all time favorite record and has so many memories attached to it. When it comes on, I have to smile and sing. 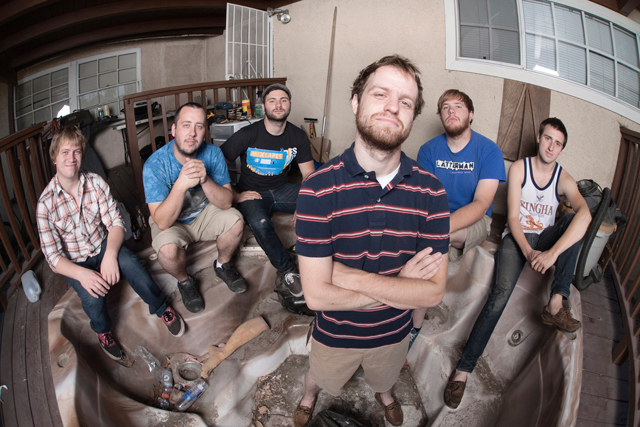 When you go on tour, do you take your skateboard?

Do you have time to skate much?

Not a lot. Generally, I only skate when we play at a skatepark. There isn’t much time to go find spots otherwise.

Where’s the best place you’ve skated, away from home?

My favorite spot would have to be this outdoor park in Denver. It was absolutely the smoothest park I’ve ever ridden. The transitions are all perfect and it’s got a great layout for hitting lines.

Where would you love to go skating?

There’s a new skatepark in Venice Beach that I’d love to skate. Hopefully I get a chance to when we’re in LA doing our new record.

I haven’t kept up with it much recently but Andy Macdonald was always my favorite. Dude is so consistent. Rules.