ESO
‘Nothing Left To Lose’ 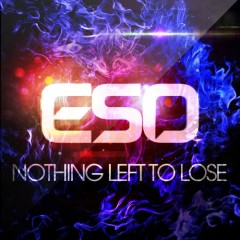 Born from the ashes of old band esOterica, ESO‘s debut ‘Nothing Left To Lose’ is a bold revival that depicts the struggles of a band attempting to make their desired mark on an impossible industry.

The production of the record is beautiful, so it comes as no surprise to find that producer Matt Hyde (Slipknot, Fightstar) was the master behind the tracks. The overall vibe of ‘Nothing Left To Lose’ is that of an epic theatrical performance, it seems that’s esOterica touring experiences with Marilyn Manson and HIM have influenced ESO’s work on this album for the better.

The record’s stand out track comes quite early on; appearing at number three, ‘The Divide (feat.Wizard)’ sees the band perfect electronic rock, with subtly remixed elements and powerful vocals, its a song that could easily dominate a radio playlist, a club or gig. Just as Pendulum did with tracks such as ‘Propane Nightmares’, ESO have accomplished full crossover appeal with ‘The Divide’.

Unfortunately, ‘The Divide’ really is the only stand out track, with the twelve others becoming much of a muchness. Although the album runs smoothly each track needs to have more differentiation to turn this from a solid debut to an awesome album, perhaps 13 songs was a little overambitious and ‘Nothing Left To Lose’ would have been better constrained to 10 more varied songs for ESO to show off their talent.