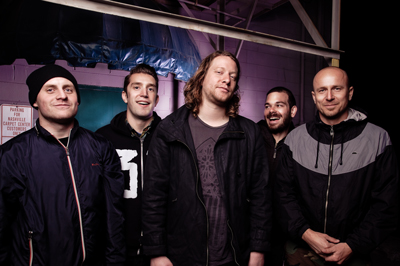 In ‘Symptoms and Cures’, Comeback Kid have written what is arguably their best work to date. Vocalist (previously guitarist) Andrew Neufeld has really come into his own as the voice of the band. The band’s last record ‘Broadcasting…’ was a bold effort that strayed away from the straight-up old-school hardcore style of the band’s first albums and saw the band adopt a more epic sound with a thicker texture and depth. With ‘Symptoms and Cures’, Comeback Kid have retained that forward-thinking sound but have incorporated a much rawer, old-school sound more akin to their early work. The resulting record is something that fans of all stages of CBK’s career should be able to get on board with. And it should gain them some new fans along the way.

We caught up with Neufeld for a quick update on the new album and the various processes behind it.

When did you start writing the new record?

Maybe like a year ago. But it’s like a lot of times throughout the last few years we’ve had ideas… Sometimes you just have ideas that you just store away and think ‘I’ll have that for the future. I have that in my back pocket.’ You know?

Do you think you’ve had some ideas that have been forgotten about along the way?

Definitely. And what I do a lot of the time is if I just have some random idea I’ll sing it into the voice recorder of my phone. And I have a few phones because I travel a lot and they get lost sometimes so there’s probably some awesome Comeback Kid ideas that are just lost in space somewhere.

Are there any times you listen back to the snippets and you can’t remember what the fuck you were thinking?

Sometimes. Usually when I get stoned though. But that’s also usually when the best ideas come up (laughs)! 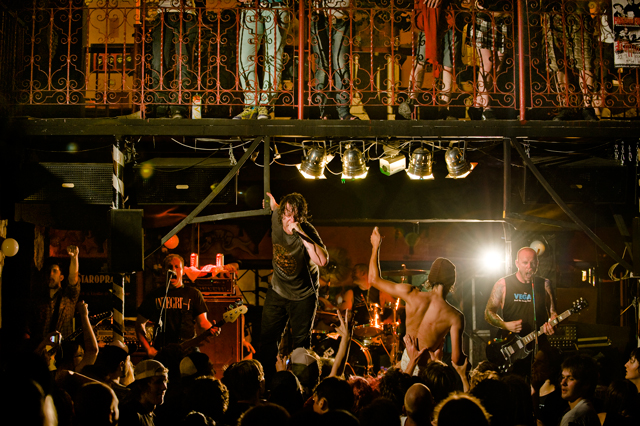 And how and when did you hook up with producer Eric Ratz?

Um we’ve been talking to him for a while. We wanted to record in Canada because we haven’t done that with Comeback Kid since the first record. So we hooked up with this guy Eric Ratz and his partner Kenny Long and they’d just done the new Cancer Bats and we’d met them through those guys. They’ve done some other cool stuff up here in Canada and we thought we’d just give it a shot! It went super rad. It’s always nice when you’re in the studio and really feel comfortable with the guys you’re working with. And you can kind of vibe a little bit with them. Sometimes when you have bigger names or whatever involved it’s kind of like you’re paying for that name and sometimes the process isn’t an enjoyable one. But it was really important for us to just vibe with the guys. We really loved working with Bill Stevenson when we did our last couple of records but we just kind of wanted a change you know?

What was the reason behind the name of the album ‘Symptoms and Cures’?

That’s just a lyric from one of the songs. The title track. The song just deals with how sometimes living in a transient lifestyle and moving around all the time and going through borders all the time, you just get a sense of the walls pushing in around you at times and security tightening up and just a lot of falsities that the powers of be like to force upon us. The lyric that it comes from is me talking about the positive mindset in the face of all this. And I’d hope that as we go on in this life we have a better future and people come together with a positive attitude. With a PMA, you know?! (chuckles a little) The lyrics are just about how the world’s really focused on and saturated with people telling us what we’re supposed to be afraid of and sometimes people jump onto those fears. And that’s why we have an album cover with a guy kind of jumping headfirst in to the unknown because that’s what we do sometimes and what a lot of people do without always knowing the facts. You know? 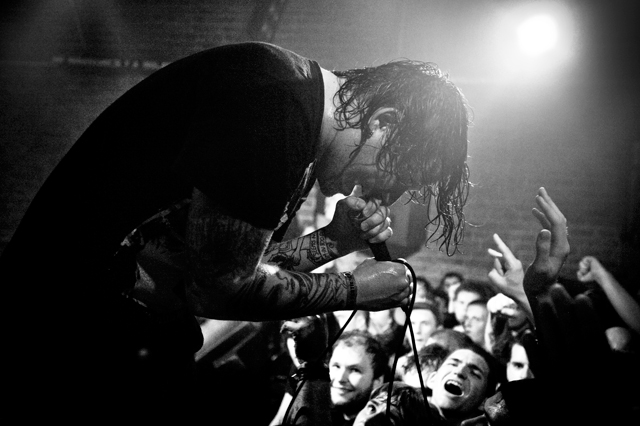 So how do you think the new songs are going to translate live and fit into the set?

Well we’ve only played one new song live so far and we’re going to be rehearsing over the summer a little bit. Getting it all ready. All the songs are more straight-up and up the live alley and we have a lot of really harder songs that are going to be fun to play – straight-up hardcore songs. And then some kind of like red-cup-with-beer-spilling-over-anthem-type-songs.

Maybe you’ll need a little help on those gang vocals when playing live?

Everyone has to sing. I’ve got to make sure all of the band are singing! Get Kyle (the drummer) a headset or something like that… 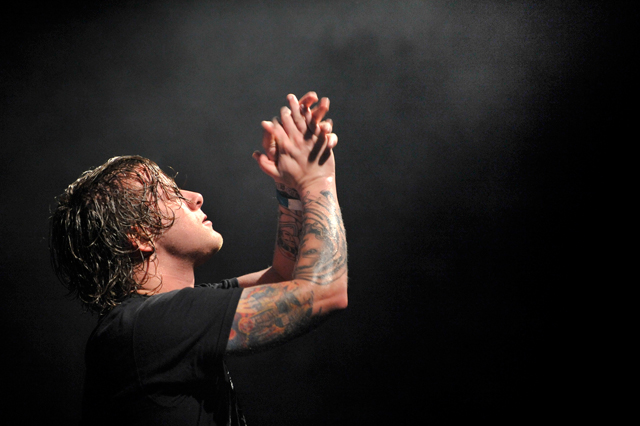