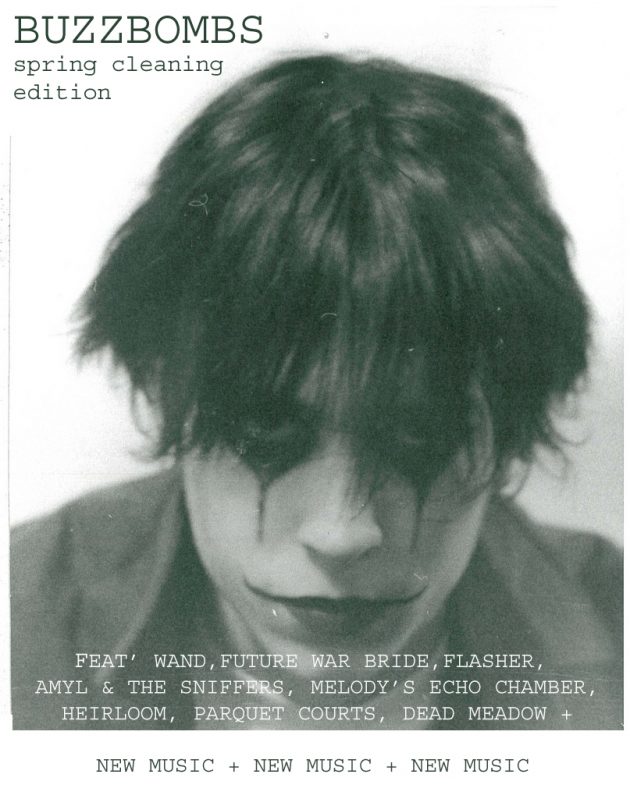 Following the demise of The Death Wheelers back in 1972, this instrumental biker movement from Canada is about to get a re-oil. Look out for ‘I Tread On Your Grave’ re-issue on May 11th via the mighty Riding Easy Records. What a treat.

Feast on a rocking 7-minute opus from Wand taken from their new EP. Don’t be fooled by the gap in the middle of the tune, it’s followed by a gem of a jam. Out May 25th.

Have a quality dose of Danish psych-pop from Future War Bride who have taken the sounds of the 60s and re-invented it with their own synth-led colour schemes. Blissful jams taken from their debut album Majahua, released on June 8th.

DEAD MEADOW – The Nothing They Need

You know what’s coming when a new DM record is dropped. Please don’t ever change. Out now

Admire the lush vocal melodies layered over a distinctive production from French space-cadet Melody Prochet. This wondrous new track is from her second album scheduled for release on June 15th.

Brighton’s wondrous music scene has unearthed a new band in Heirloom. This sleazy NSFW video should give you the perfect insight into their beautiful world of gloom. Best birthday ever.

Back with new music since the incredible debut ST/EP in 2016 on Sister Polygon Records, Washington DC’s Flasher continue where they left off with sublime tunes and are now signed to Domino Records. Literally cannot wait to hear a full length.

AMYL AND THE SNIFFERS – Big Attraction

Their latest funk track Wide Awake! didn’t make this list that sees the band hit full Big Boys output but this scuzzy garage fest is alright by us. New album Wide Awake! drops on 18th May. It’s bound to be dope.

Any band that boasts the presence of Stereolab’s Laetitia Sadier and Tortoise’s John Herndon deserves a listen, or two. Drift off into infinity with this laid-back gem. Find the full player, out now.

Melt into your sofa with the darkness created by Portland’s BlackWater HolyLight’s doom-like dirge, coloured with eerie synth notes and pounding shards of fuzz. Vinyl available on Riding Easy Records.