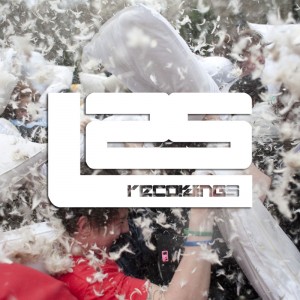 A veteran of UK Garage, accomplished producer and DJ, Whistla is the main man behind the much acclaimed L2S Recordings and proactively runs SubFM also. On the station he plays sets that many of the writers at Crossfire frequently lock into while also producing bangers like last year’s ‘Etymology Of Maureen EP’ and 2009’s Klaxon-recommended ‘420 Lockdown’. 2010 proved to be almost unnervingly exciting for dance music and few have enjoyed the well-deserved success as much as L2S, who, under Whistla’s direction, have turned their backs against the jump-up mutations evident in mainstream dubstep and have pioneered the rise of UK Garage, 2-Step and more. Future Garage, Future Bass, whatever you want to call it… this movement is undeniably forward thinking and most definitely the future UK sound.

With his latest 12” Pillowtalk, Whistla boldly jumps into 2011 with a snaretastic riddim that utilises a catchy vocal sample reminiscent of the funky yet uncouth choices from Welsh garage peers C.R.S.T. (emotional pitch-warped RnB samples are great and all, but we want us some wubwooooo every now and again) and a pulsating, fluid bassline that sounds like something Zinc would have put together back at the turn of the century. Pounding.

What makes this 12” such a pisstake though is its mighty seven remixes from seven very, very big producers. Whistla on the leading track and the likes of Duncan Powell, Crossfire favourite Submerse, Para of DEA Project and the elusive and stunning VVV on the flip? Jog on Kanye, this is what we call a communal masterpiece. Hold tight L2S, each and every.