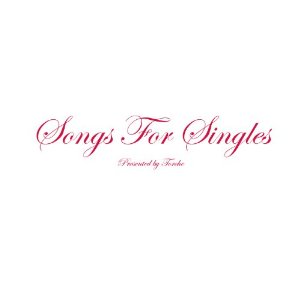 “It’s just a bunch of radio rock bullshit”. A slightly harsh one-sentence review there, courtesy of none other than Torche drummer Rick Smith, as quoted from the sticker on the front of the CD. Clearly, there’s some kind of sarcastic sense of humour at work here; not least in the album’s title, as Torche are hardly likely to be bothering mainstream radio anytime in the foreseeable future.

That said, ‘Songs For Singles‘ is an unashamedly melodic beast, from a band that are better known for their arsenal of bowel-loosening riffs (as displayed to dazzling effect on 2008’s ‘Meanderthal’ album). Intended as a stop-gap release (as opposed to a full-length album), it’s also surprisingly short, with the first six tracks zipping by in roughly twelve minutes combined; a melée of ultra-fuzzy guitars, stop-start rhythms and Steve Brooks’ signature beer-drenched howl.

Enjoyable enough, but Torche are far better when they give those aforementioned riffs time to breathe and develop – which they do on the last two tracks. ‘Face The Wall’ is an atmospheric slice of post-rock, with Brooks crooning plaintively over a funereal beat and a sea of jet-engine guitar noise. Meanwhile, the closing ‘Out Again’ is a largely instrumental work out set to a driving beat, but proves eerily hypnotic over its six-minute course.

‘Songs For Singles’ may not scale the dizzy heights of ‘Meanderthal’, but it does prove that the Torche of 2010 are still very much a force to be reckoned with. Be sure to play it LOUD.